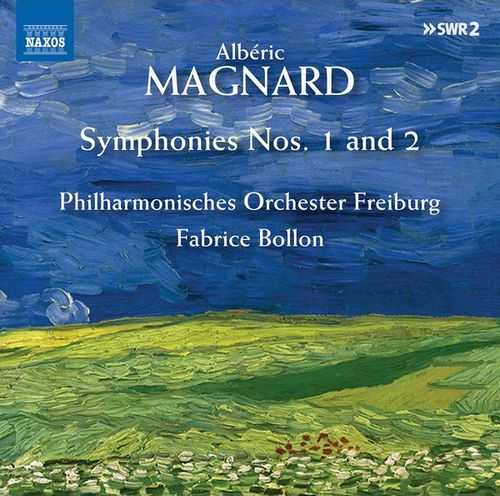 The tragic death of Albéric Magnard, killed defending his home against German troops in 1914, brought a premature end to the composer’s life but not before he had completed four powerfully expressive symphonies (the Third and Fourth are on 8.574082). Symphony No. 1, with its strangely beautiful chorale, was first performed in 1893 but was then not heard again for a century. Symphony No. 2 caused a scandal at its premiere due to its length and complexity, but in its revised version offers radiant serenity and a dazzling confidence that reveals Magnard’s true compositional voice.