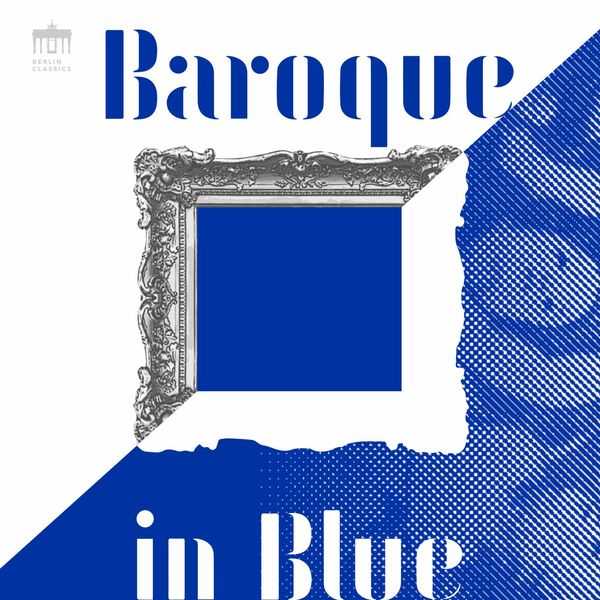 On this album “Baroque in Blue”, Eckart Runge and Jacques Ammon explore the field of tension between two musical epochs and genres that are separated by more than 200 years. Baroque and jazz have much more in common than one might think at first glance: walking basso continuo, the joy of spontaneity and, last but not least, the high art of improvisation.

The duo Runge & Ammon has now been around for more than a quarter of a century. The cellist from Berlin and the pianist from Santiago de Chile got together when they were still students. They were and are both interested in experimenting with repertoire that goes beyond the limits of what is required, in addition to the compulsory program of training, competitions and examinations. “Since then, we’ve actually always done programs that combine classical music with something else”, Runge says of the joint projects. “We came from Piazzolla, moved on to classical tango, then into film music, jazz, pop, but also back to Beethoven. We’ve always tried to juxtapose genres, partly to shed new light on classical music, but also because we’re passionate about exploring other styles and directions, learning new things and getting to know surprising things”. Both artists also have their individual careers, Runge among others over three decades as the defining voice of the Artemis Quartet, Ammon as an internationally celebrated soloist and time and again a sought-after chamber music partner, for example with violinist Daniel Hope. This independence is important, because it makes it possible to devote oneself casually in dialogue to music that cannot be found in the canon.

“Baroque in Blue” is the logical continuation of their album “Revolutionary Icons”, which combined the musical explosiveness of Beethoven’s music with the pop and rock icons Jimi Hendrix, Amy Winehouse, David Bowie and Frank Zappa. Now here they unwind a suite and logical sequence with selected works by Gershwin, Chick Corea, Lucio Amanti or Miles Davis between the movements of the Baroque old masters. They can experiment with the supposed opposites, let the austerity and clarity of Gluck, Handel, Vivaldi, Bach merge into something that meets the baroque idea of music turned towards man, but also lets it grow beyond the original context via the anchors in the present or at least the near past. It is these paths that may run serpentine, but always cross each other in the fun of playing together and an energy that shapes art regardless of epochs.