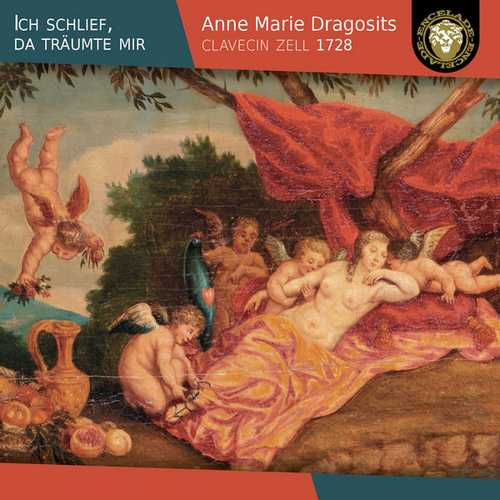 For thousands of years, mankind has been concerned with the interpretation of dreams, seeking medical and philosophical explanations of all that happens to us during sleep. At the same time, the images of dreams – be they beauti-ful or terrible, like a “théatre imaginaire” – offer a rich playground for all branches of art.

Hypnos, son of night and darkness, is the god of sleep. As Ovid reports, his sons are the Oneiroi, the dream gods: Morpheus is able to take on human form, Phobetor, the horror, slips into the skin of wild animals, Phantasos appears in the form of inanimate nature. Hypnos’ realm is guarded by Hesychia (calm), Aergia (indolence) and Lethe (oblivi-on). While Hypnos is also called the “generous one,” his twin brother is Thanatos, the gentle death; often the two often appear together.

These and other nocturnal visitors find their matching counterparts in music here. The selection of music pieces for this most subjectively arranged recording is as varied as night’s images. Certain titles make references to night and dream worlds. Other works were chosen partly for describable musical reasons, partly in free association with my own subjective dream visions.

A significant stake in the choice of program was claimed by the highly characteristic sound of the harpsichord by Christian Zell (1728). As one of the few surviving and playable large German harpsichords, its clarity and transparency embodies the music of the German high baroque ideally. But the great sonic difference between the warm, resonant lower manual and a very brilliant and nasal upper manual (which is nevertheless equipped with great lyrical qualities) also provides the instrument – together with its charming lute stop and a four-foot stop that is as clear as a bell, along with the roaring sonority of the coupled registers – all the colors and possibilities necessary for gallant music.