Herbert von Karajan was the most renowned conductor to emerge from Europe in the post-World War II era – and through fortuitous timing throughout his career, and in spite of controversy that dogged his early years, he was the most recorded conductor of the 20th century, and is likely to remain one of the most visible (and biggest-selling) conductors well into the 21st century. Born in Salzburg and descended from a family of Greek origin with deep roots in Austria – including scholars and physicians in Vienna and Salzburg – he was a music prodigy, playing the piano at three and playing his first recital a year later. He received encouragement in his teens to shift his focus from the piano to the podium, and the experience of hearing Toscanini conduct on a visit to Vienna possessed him to follow that path. Toscanini and – a great irony – Wilhelm Furtwangler became his two idols among conductors; Karajan’s teachers included the renowned Viennese conductor (and one time Bruckner student) Franz Schalk. He got his first musical post in 1928 – at age 20 – at the Ulm City Theater, initially as chorusmaster and later as conductor, and over the next seven years he learned how to lead an orchestra from the ground up, serving as coach and every other capacity common to a small but busy musical berth.

With the rise of the Nazi Party in Germany (which Karajan joined in 1933) and the positions that opened up with the purging of Jewish and part-Jewish musicians from all posts, Karajan saw an opportunity to advance rapidly on a bigger stage than any available in Austria – he moved his career to Germany in 1935, and became the youngest man in the country to hold a music director’s position when he was appointed to the job at Aachen. He was not overtly political, however, and gladly accepted an invitation from Bruno Walter – perhaps the most prominent Jewish conductor to have been forced out of Germany – to conduct Wagner’s Tristan und Isolde at the Vienna State Opera. From 1938 through 1942, he conducted the Berlin State Opera, and that same year he made his debut with the Berlin Philharmonic Orchestra. In 1941, he accepted the appointment as music director of the Berlin State Opera.

Karajan found himself in an awkward but prominent position in Germany during the Nazi era. His approach to conducting – his demanding rehearsals and his precision, even in dealing with such august bodies as the string section of the Berlin Philharmonic – and his intense personality, coupled with bracing, exciting musical results, earned him the admiration of Adolf Hitler. Additionally, his avoidance of any public displays of resistance to Nazi ideology made him a favorite of the Nazi cultural officials as a counterweight to Wilhelm Furtwangler, the most renowned conductor in the German-speaking world but also a fiercely independent voice, who was known to regard the Nazi Party officials around him with disdain and dismissiveness. It soon became clear that the government was intent on playing Karajan off against Furtwangler, using the younger conductor to subtly pressure the older man and prick his understandably outsized ego. And Karajan gained the quietly repeated nickname of “Hitler’s favorite.” How much he did to encourage or engender this “fandom” – beyond pursuing excellence at the podium – is questionable, and it should be pointed out that septuagenarian composer Franz Lehár enjoyed similar admiration from the Nazi dictator, despite his being apolitical and also having a Jewish wife. Ironically, Karajan found himself in a somewhat similar situation when he married a woman of Jewish descent, Anita Guetermann, in 1942; after that, he was out of favor with the party as well.

Karajan made his recording debut in 1938, at age 30, and those early recordings, including his first Beethoven symphony (No. 7) and some Wagner preludes, as well as symphonies by Mozart, Tchaikovsky, and Dvorák, are of significant academic interest, as are his wartime recordings. But Karajan’s major career on record didn’t really begin until after World War II in Vienna, when he met producer Walter Legge. Although Karajan wasn’t able to conduct in public because of his activities in Germany during the war – he was “denazified” officially until 1947 – Legge, as representative of a privately owned business (EMI Records), was able to arrange sessions with the Vienna Philharmonic. Those recordings, done during a time when musicians in occupied Vienna needed to work just to raise their food rations to a subsistence level – which included the Beethoven Eighth and Ninth symphonies, among other works – had a quality and an urgency that were bracing to listeners at the time, and they were still being reissued, in audiophile remastered editions, four decades later, in 2005 and 2006.

Karajan’s career ascent was stymied in the decade after the end of the war by his rivalry with Furtwangler, who would not let him near either the Berlin or the Vienna Philharmonic orchestras. Instead, he took the leadership of the Vienna Symphony, and also became the principal conductor of the Philharmonia Orchestra. It was with the Philharmonia, for EMI, that Karajan’s recorded legacy grew astronomically in the late ’40s and the first half of the ’50s. Karajan’s denazification and his appointment to the Philharmonia coincided with the advent of magnetic tape recording in England (though EMI was slow to adopt the new system) and the LP record; he was also more open to the concept of recording than Furtwangler or any of his older conducting rivals, who tended to regard making records as an unpleasant adjunct to a music career. Where Furtwangler, Erich Kleiber, Hans Knappertsbusch, etc., kept their recording activities to a minimum, Karajan reveled in the act of recording – he made dozens of records across those seven years, of repertoire ranging from Bach to Vaughan Williams, including operatic works, from Mozart to Johann Strauss and Richard Strauss that have never been equaled, not even by his own subsequent efforts. He also cut his first complete Beethoven symphonic cycle, which straddled the mono and stereo eras – the First through Seventh and the Ninth were in mono, but the Eighth was in stereo. The Beethoven cycle was also an illustration of Karajan’s mindset – Karajan had never performed the Fourth Symphony in concert, and it would never have occurred to Furtwangler, Kleiber, et al., to record a work that they’d never had in their concert repertoire, but Karajan simply did the Fourth for the first time for the cycle. That series of recordings was also notable for the vision of Beethoven’s symphonies that they presented, resplendent in a lush string tone, bursting tension, and energy that oozed out of every bowing and note. Virtually all of his recordings from the 1950s, whether in mono or stereo, retain exceptional luster and richness, owing to Walter Legge’s production and the work of the EMI engineering staff, and continue to sell well in the 21st century.

From the second half of the 1950s onward much of Karajan’s activity – apart from occasional forays to RCA Victor and Decca/London, and a short return to EMI at the outset of the 1970s – was centered on the Deutsche Grammophon label, where the lion’s share of his Berlin Philharmonic recordings would be made and released. From the advent of the stereo era onward, as his recordings gained him an ever-widening audience around the world, he would become among the busiest conductors in the studio in the entire world, and also one of the first to avail himself fully of the newest developments in air travel, jetting around the world to meet commitments and also learning to fly himself. Karajan in the late ’50s and 1960s seemed as “new world” in his habits as the men he succeeded had seemed “old world.” He re-recorded all of his key repertoire, from Beethoven to Schubert, more than once throughout the 1960s and 1970s, including a new cycle of the former’s nine symphonies in each of the those decades and once more in the 1980s, and he extended himself more deeply into the classical era, with the symphonies of Haydn, and into the Baroque period with Bach and Handel (and even such crowd-pleasing pieces as the Albinoni Adagio and the Pachelbel Canon in D), and to the post-Romantic and modern eras with the orchestral works of Berg and Webern – he was superb at the latter two, less so with Haydn, Bach, Handel, et al. It was almost a necessity to find these other areas, however, as Karajan’s recording commitments multiplied; by the end of the 1970s, he had passed Leopold Stokowski – the earliest major conductor to embrace the phonograph record, and practically a one-man recording industry – as the most recorded conductor in history. Among his few “blind spots” among major Romantic composers was Gustav Mahler, whose music didn’t become part of his repertoire until very late in his career – although when he did embrace Mahler, the results were most impressive.

Karajan’s career timing was fortuitous in other areas as well. With the advent of the home video era, there were two major bodies of his video performances waiting to fill that demand. Karajan’s appearances on television dated back to the end of the 1950s, and his broadcasts from 1965 into the mid-’70s were distributed by Unitel, which later made them available on videocassette, laserdisc, and DVD. From the end of the 1970s, however, all of Karajan’s video work was done through his own production company, Telemondial, which later licensed them to Sony for release commercially. Ironically, many of these were among his least-favored and controversial works critically – too many of the Telemondial performances were more like music videos, with hours spent getting the sections of the orchestra looking right, from the correct angle, and synchronizing that shot up with a recording that was already made. With a few notable exceptions, such as the actual live performances in front of an audience at the Vienna New Year’s concerts, most viewers dismiss these “documents” as artificial and totally the opposite of what a concert is supposed to be; they were about visual perfection rather than performance, and that seemed to characterize many of his late-career efforts in music. Additionally, during the final 15 years of his life, Karajan engendered some resentment from critics and fellow musicians for his rapidly escalating fees, which led the way to similar demands from other artists and helped to turn the economics of classical concerts into something resembling major-league baseball.

Karajan also played a key role in the development of the compact disc format, lending his work and his prestige to its rollout in 1981 – it was also reportedly at his insistence that the original intended running time of the CD, 60 minutes, was pushed to 68 minutes, using the running time of a typical Beethoven Symphony No. 9 as a benchmark. At the time of his death in 1989, he had completed yet another Beethoven cycle and was beginning to redo many key works in the digital format; his last recording was of the Bruckner Seventh Symphony with the Vienna Philharmonic. Oddly enough, for all of his renown, he was not the most honored conductor of his time, at least in the United States – Sir Georg Solti earned more Grammy Awards – but he was, along with American Leonard Bernstein, one of the two most well-known conductors in the world. And even the timing of his death was perfect, in that there was no slowing of the number of releases of his work – CD conversions of work from the 1940s, 1950s (especially legitimate versions of live opera recordings, and in particular those with Maria Callas), and 1960s have filled release lists and still fill the racks of music stores more than two decades later; both EMI and Deutsche Grammophon have their “Karajan Editions” in various forms. 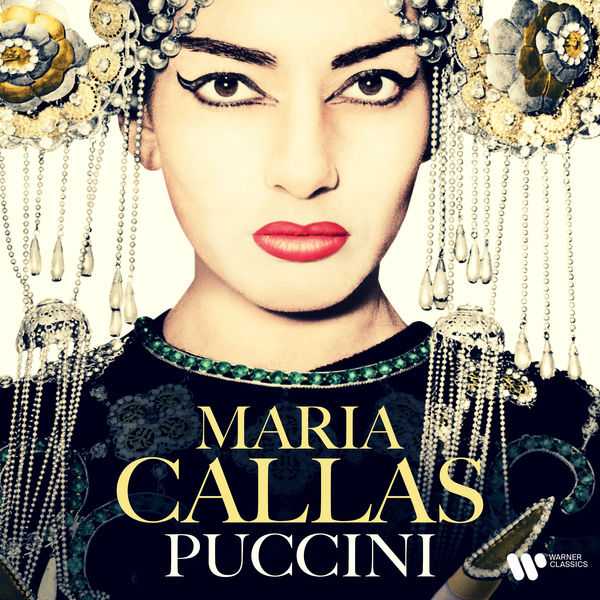 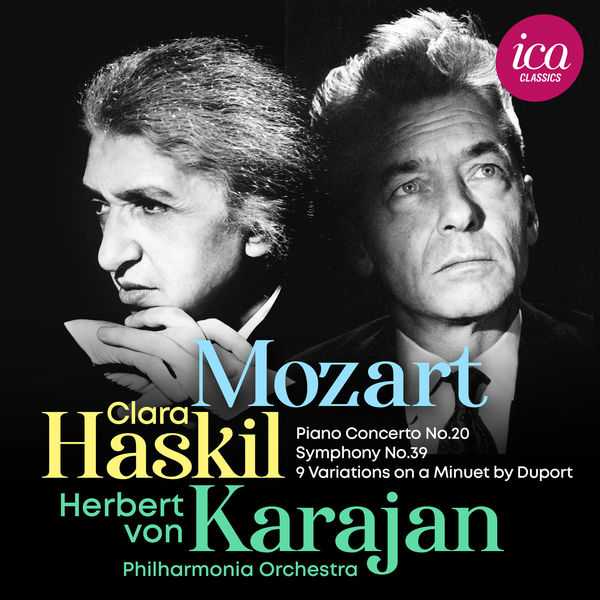 Haskil, Karajan: Mozart – Piano Concerto no.20, Symphony no.39, 9 Variations on a Minuet by Duport (FLAC) 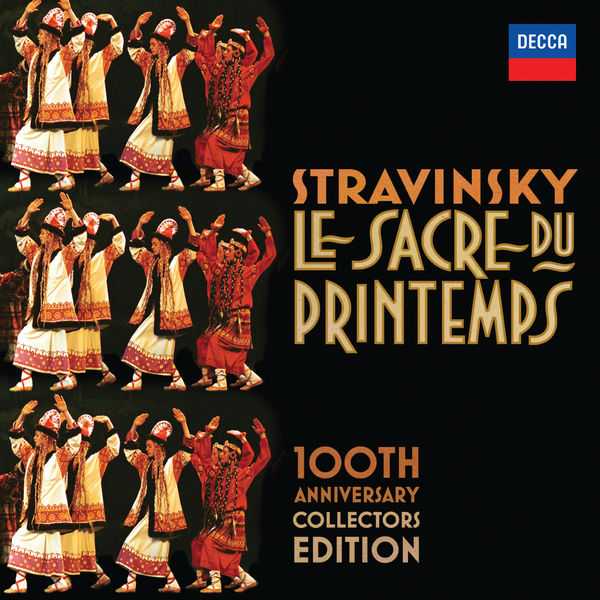 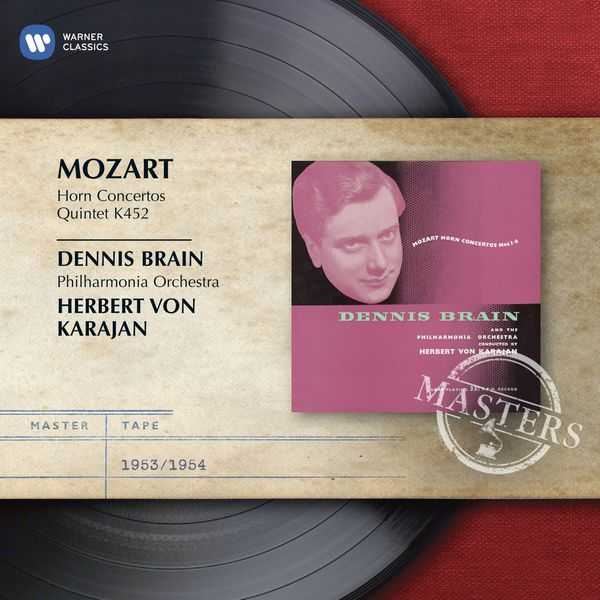 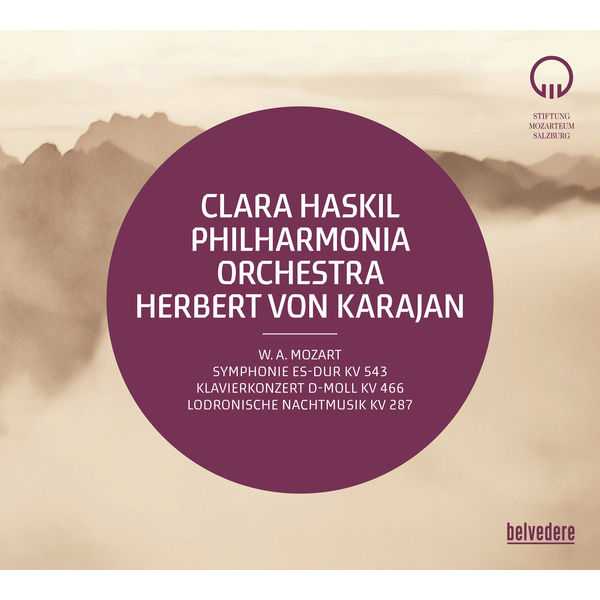 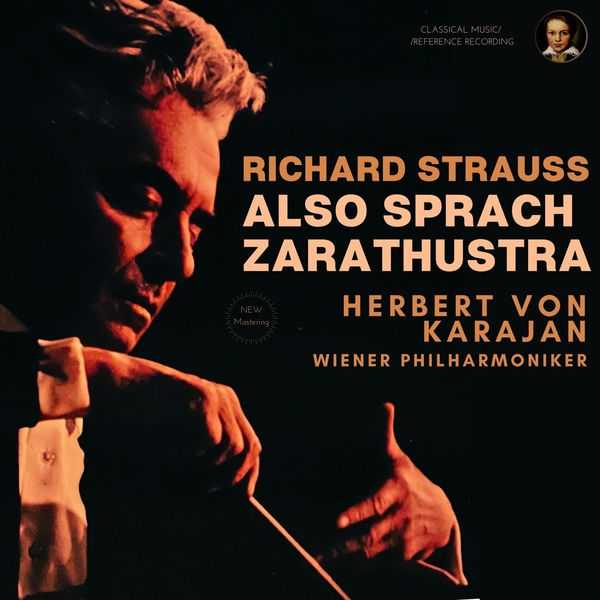 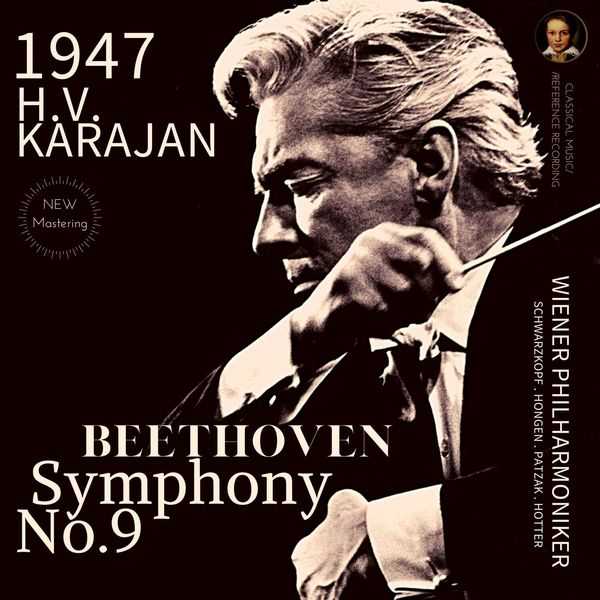 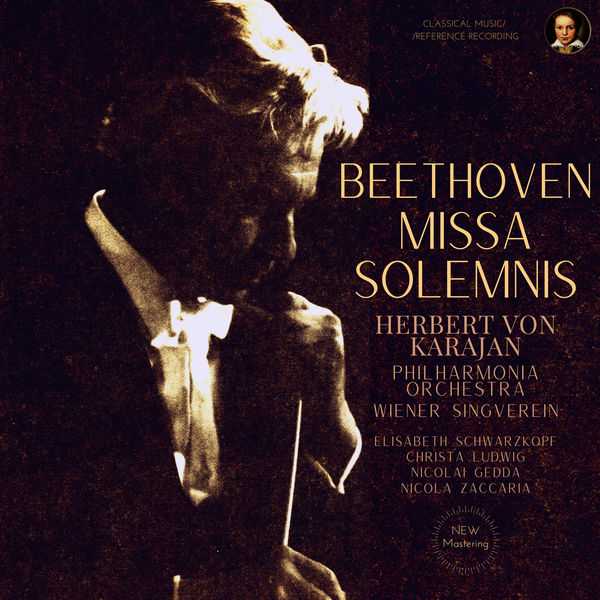 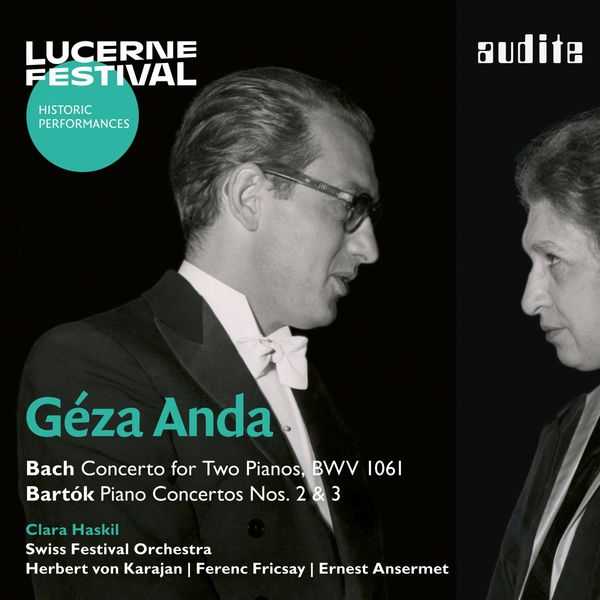 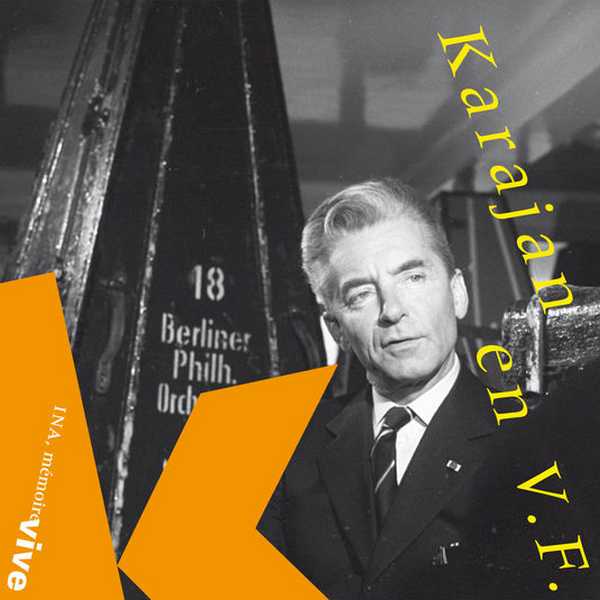 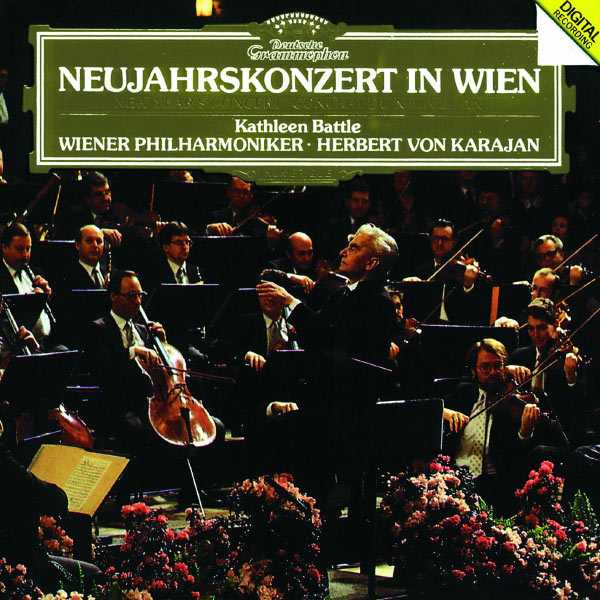 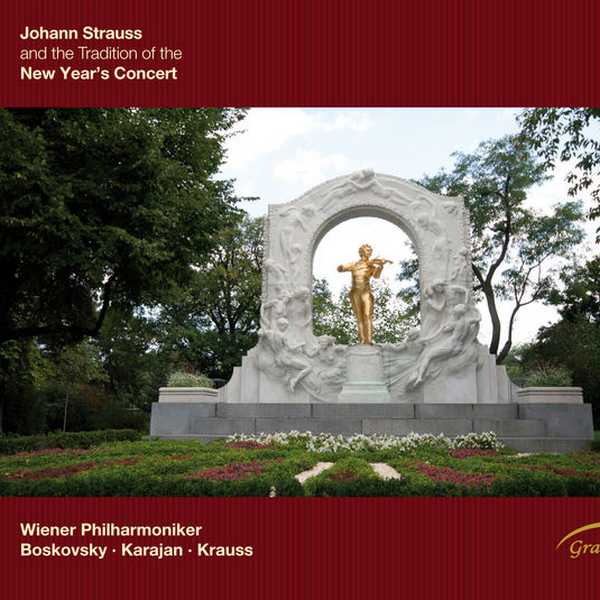 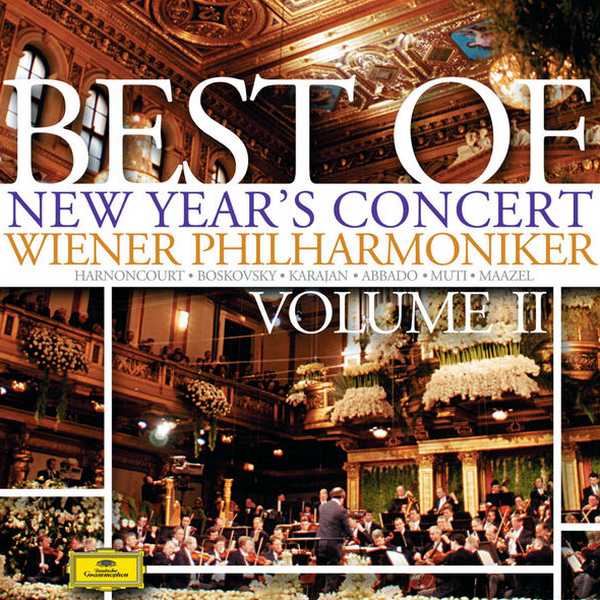 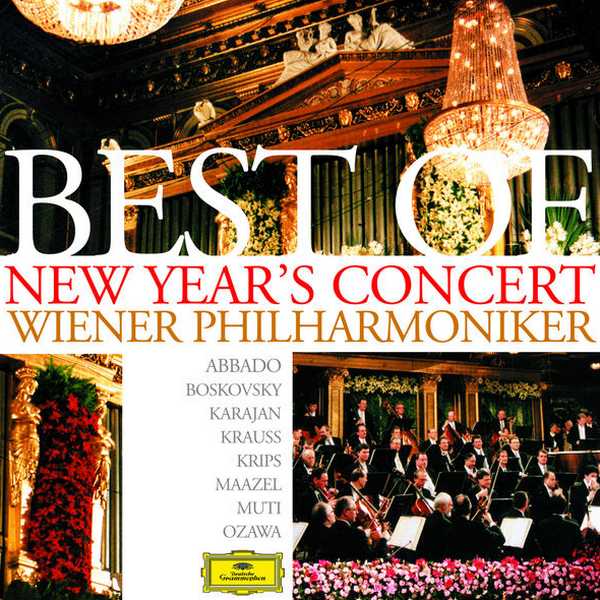 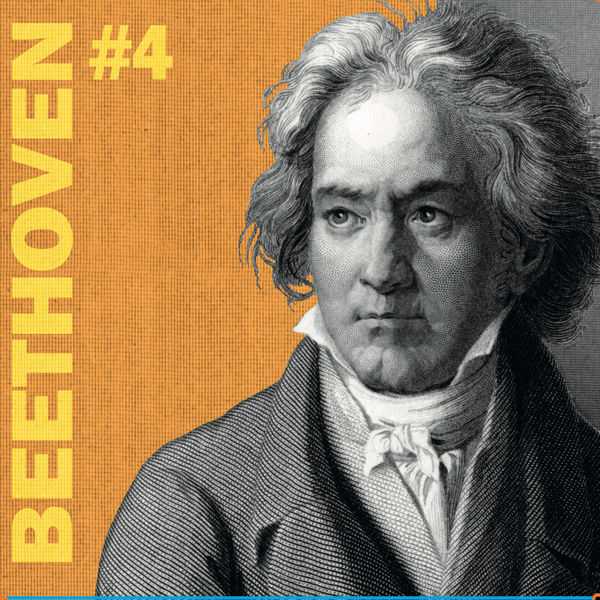 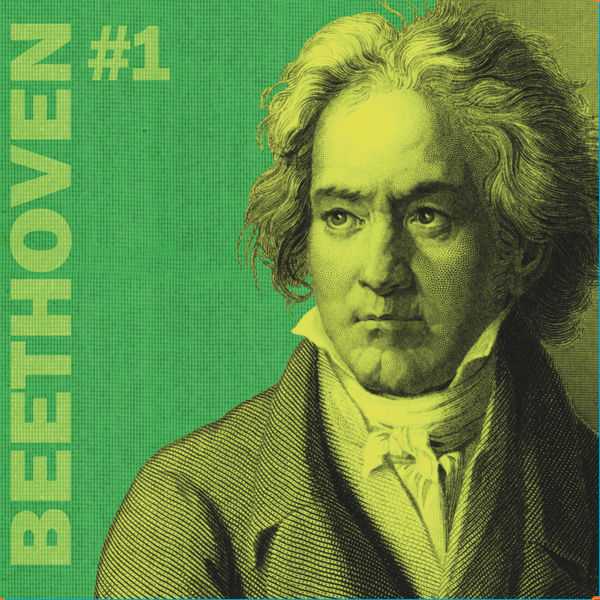 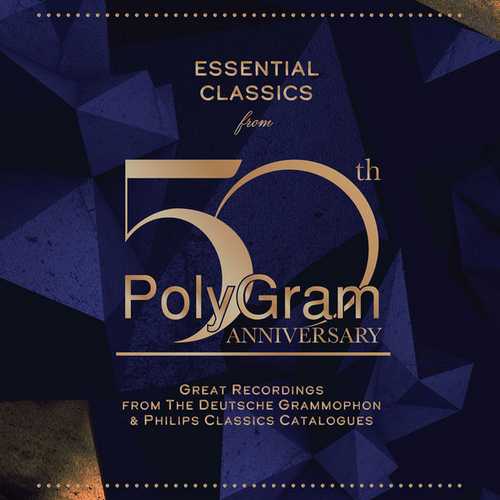 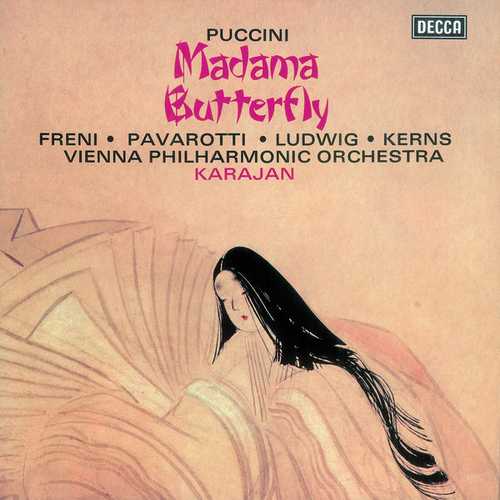 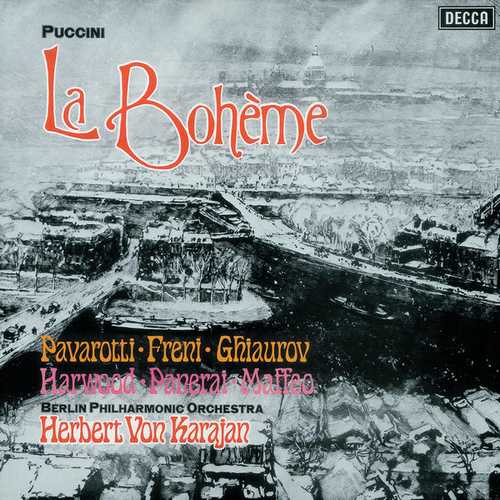