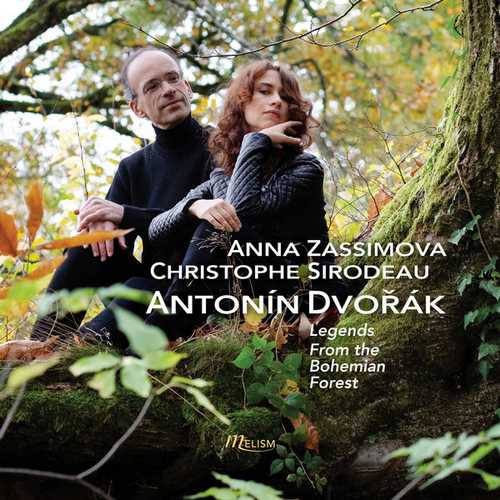 If there’s one corner of the classical repertoire we hear very little of either onstage or from the recording studio, it’s the substantial body of music written during the 19th century for piano four-hands. Logistically impractical for most top-level touring soloists due to the level of diary synchronisation it requires, while also exceeding the technical capabilities of today’s average amateur (its original enthusiastic target market), this is music that’s fallen silent not through lack of quality, but because in performance terms it’s fallen between every conceivable pillar and post. Zero in on Dvořák, and that’s certainly been the case both for his ten-strong Legends, Op. 59 set, and his From the Bohemian Forest, Op. 68 cycle of six character pieces; and while Legends has had a bit more airtime over the years thanks to his later orchestration of them, those orchestrations were never quite achieved the popularity of his Slavonic Dances which equally began life in piano four-hands.

Consequently, to record this music at all ticks the box of bringing something new to the catalogue, but Christophe Sirodeau and Anna Zassimov’s programming then goes a step further by also merging the two sets, appending each From the Bohemian Forest piece with two complimentary Legends. So from the delicately merry, folky swirling energy and forwards flow of In the Spinning Room we move to No. 2 of Legends in G major, opening in almost almost hymn-like quiet dignity and stillness; followed in turn by the more rustic dance feel of No. 3 in G minor.

Constant hallmarks of these interpretations are the silvery, mellifluous grace and lilt both pianists bring to even the most dancingly energetic and note-y passages, the organicism of mid-piece transitions between moods and metres (take the switches in Legends No. 4 between maestoso chordal statements and delicately rippling passages), the easy forwards flow, and the smooth blending between the parts. Add warm, bright and clear capturing, and there’s much to enjoy here.