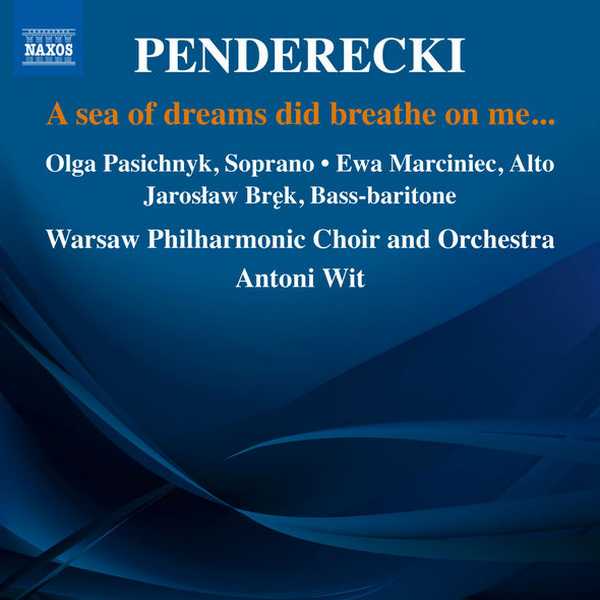 Composed for the final concert of the Chopin bicentenary celebrations in Warsaw in 2010, Powiało na mnie morze snów… (A sea of dreams did breathe on me…) is an extended song cycle comparable in scale to the Eighth Symphony [Naxos 8570450]. The individual songs, settings of both Romantic and contemporary Polish poetry, are grouped into larger movements and chart a progression from an almost impressionistic lightness to monumentality, the expressiveness of the music ranging widely – nostalgic for loss, but also tense and impassioned.

Antoni Wit studied conducting with Henryk Czyz at the Academy of Music in Kraków, continuing his musical studies with Nadia Boulanger in Paris. Immediately after completing his studies he was engaged as an assistant at the Warsaw Philharmonic Orchestra by Witold Rowicki. From 2002 to 2013 Antoni Wit was the managing and artistic director of the Warsaw Philharmonic Orchestra and Choir. He has made over 200 records, and in 2012 he received a Grammy Award for Penderecki’s Fonogrammi, Horn Concerto and Partita (8572482), and six other nominations for Penderecki’s St Luke Passion in 2004 (8557149), A Polish Requiem in 2005 (8557386–87), Seven Gates of Jerusalem in 2007 (8557766), Utrenjain in 2009 (8572031) and Karol Szymanowski’s Stabat Mater in 2008 (8570724) and Symphonies Nos 1 and 4 in 2009 (8570722). Antoni Wit is professor at the Fryderyk Chopin University of Music in Warsaw.