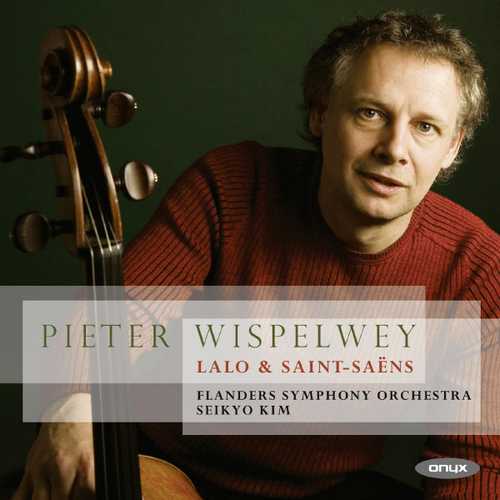 After a highly acclaimed recording of Briten’s Cello Symphony (ONYX4058) Pieter Wispelwey and the Flanders Symphony Orchestra, conducted by Seiko Kim, turn to two romantic cello concertos whose neglect is hard to fathom.

Lalo, unusually for a French composer in the mid 19th century, was drawn to chamber music, and formed a string quartet (in which he played viola, and later second violin) that championed the works of Haydn, Mozart and Beethoven. His passion for chamber music developed to embrace large scale orchestral works – two violin concertos, the famous ‘Symphonie espagnole’ for violin and orchestra, a symphony in G minor, the Piano Concerto and the concerto recorded here: the Cello concerto in D minor of 1877. A strong work in the Germanic tradition, the central movement combines a slow movement and scherzo. Its comparative neglect in the concert hall is difficult to understand as it is an impressive and well made work, worthy of his contemporaries Franck and Saint-Saëns.

The latter’s second cello concerto from 1902 is totally overshadowed by his impressive and dazzling first concerto dating from 1872. The later work has all of the composer’s flair for style, elegance and is possibly more challenging for the soloist than its A minor sibling.