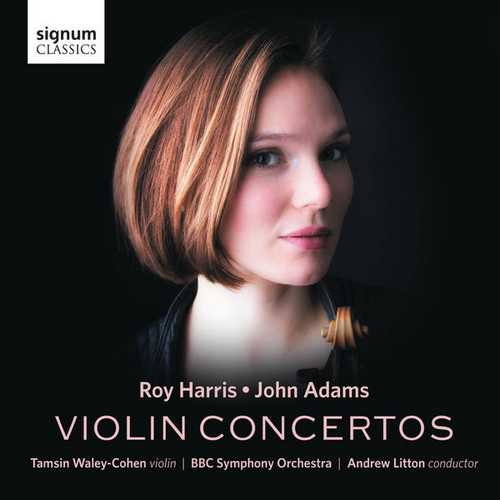 Already considered by many to be a modern classic, John Adams 1993 Violin Concerto was described by the composer as having a ‘hypermelody’, in which the soloist plays longs phrases without stop for the duration of the 35 minute piece. Although composed in 1949, the first performance of Roy Harris’s Violin Concerto didn’t occur until 1984. Since then it has been championed for its “luminous orchestration and exalted tone”.

For this recording Tamsin Waley-Cohen is joined by the BBC Symphony Orchestra under American conductor Andrew Litton.