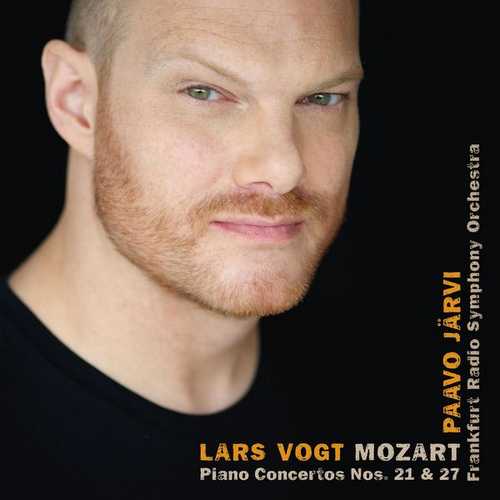 Mozart’s C-Major Concerto draws its energy from “cheerful, open-hearted joy”, as Lars Vogt puts it, “at least in the outer movements. The middle movement, the well-known Andante, seems to contain a vision of paradise – this is an absolutely moving piece of music, provided one manages to create the illusion that it emerges out of nothingness”. Here, once more, we have the ingenious “Mozart Effect”: a beauty plain and simple, without ever descending into vulgarity. …

When he was working on the first movement cadenza, his daughter – then four years old – was attempting to conquer the piano keys. A short little melody emerged from her first attempts, “and I incorporated it into my cadenza, concealing it at one point in the left-hand part”.