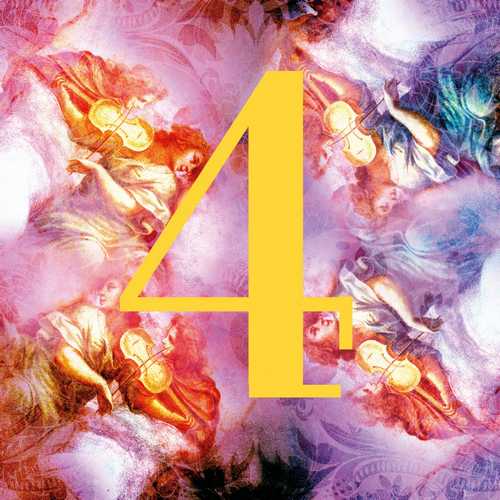 With its new album “Concertos 4 Violins”, the specialist ensemble for early music, Concerto Köln, takes a look at the unique repertoire niche of concertos written for four solo violins. “It must have been a challenge to bring together four solo violins, four virtuosos with four different personalities, four egos. But the result is harmony, a dialogue, and an agreement between four people who achieve a whole. I wish this would more often be part of our daily lives”, states Jesús Merino Ruiz from the quartet of soloists.

In this programme, devised by bassoonist Lorenzo Alpert, Concerto Köln gathers together the crème de la crème of baroque violin specialists. The orchestra already maintains a longstanding artistic partnership with each of them: Mayumi Hirasaki, who was concertmaster e.g. for Concerto Köln’s most recent recording of Geminiani’s works, Shunske Sato, who grew up in the USA and is extensively involved in the Netherlands Bach Society, Evgeny Sviridov from St. Petersburg and the Spaniard Jesús Merino Ruiz. They were all shaped differently by their various cultural backgrounds and pursued different educational paths. This makes the combination of the four all the more compelling. At the same time it demonstrates that any barriers in thought and in musical language can be overcome.

Concertos written for four solo violins by three different composers are featured on the album: The B minor (RV 580) and D major concertos (RV 549) by Antonio Vivaldi, as well as a concerto each by Giuseppe Valentini and Pietro Antonio Locatelli. The CD also includes solo concertos for one violin and orchestra by Antonio Bonporti and Pietro Castrucci (with Evgeny Sviridov and Jesús Merino Ruiz as soloists, respectively). Once again, Concerto Köln stands out for its clever programming, which explores the underlying concept of the album from different angles. “As a violinist, the playing experience is not only musical but also physical: I can often quite easily guess the physical traits of the hands and arms of each of these composers. One had a strong pinky or a long middle finger, the other liked to play lightly or heavily in the right arm and so on”, explains Shunske Sato.

Concertmasters Mayumi Hirasaki, Evgeny Sviridov and Shunske Sato assume the leading roles within the self-governed orchestra. With their choice of projects, the musicians manage to prove time and again that high artistic standards and popular appeal are not necessarily a contradiction in terms. This live recording marks the first occasion that Concerto Köln presents the concertmasters together on one album – supplemented in this case by the young Spanish violinist Jesús Merino Ruiz.