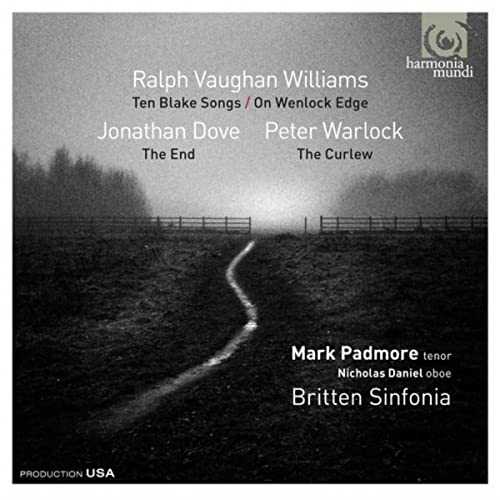 British composer Jonathan Dove (b. 1959) made the following remarks on the genesis of his new work, ‘The End’ (2012), with support from the ‘Tenner for a Tenor’ campaign.

“When I heard Mark Strand read his poem ‘The End’ to a small gathering of artists in Italy a few years ago, I was moved – and also felt immediately that it was a poem that could be sung. I hoped that one day I might have the chance to set it to music. I did not know exactly what the music would sound like, but I imagined a solo voice with several instruments.

Britten Sinfonia gave me the opportunity to make this wish come true, by inviting me to write something for Mark Padmore to sing, with instrumentation to match Warlock’s ‘The Curlew’. String quartet with two solo wind instruments seemed the perfect combination to suggest the gentle rocking motion of the ship slipping into darkness, and perhaps hear birds suspended in flight.”