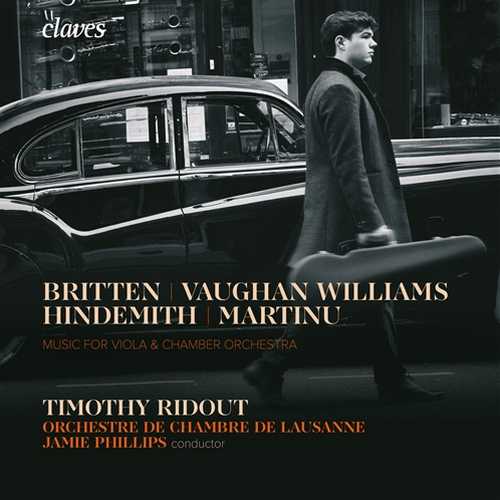 The wealth of music composed for the viola in the 20th century almost lets one forget the dearth of it in the 19th, which brought forth only two solo works of note: Hector Berlioz’s Harold in Italy, a concerto commissioned by Paganini that sidelines the viola so much he refused to play it; and Richard Strauss’s Don Quixote, in which the solo viola is relegated to the part of the Don’s sidekick Sancho Panza. Sidelined and sidekicked – the viola’s fate seemed a fulfilment of the oft-quoted line from Quantz’s sometime flute treatise that “the viola is largely regarded among musicians as being of little significance”.
It was only really in the 20th century that composers realised that the viola’s status of an in-between instrument could actually be to its advantage. It’s bigger than a violin, but tuned like a cello, and is both warmer in tone than the former, and much more agile than the latter. The viola then had the good fortune to become the preferred instrument of several important composers. Ralph Vaughan Williams (1872-1958) briefly toyed with going professional on it; Paul Hindemith (1895-1963) went the whole hog and made a living from it in the Amar Quartet and as a soloist; and Benjamin Britten (1913-1976) too was a violist, though he kept his public performing activities to the piano and the podium.

The viola was also lucky in having several fine virtuosi in the 20th century, most notably Lionel Tertis (1876- 1975) and William Primrose (1904-1982). Primrose had commissioned Bartók’s (unfinished) Viola Concerto in 1945, and it was for him that Britten wrote his Lachrymae for viola and piano in 1950. This is a series of “reflections”, i.e. variations, on a song by the Elizabethan composer John Dowland entitled “If my complaints could passion move”. The song’s melody is heard in the bass line after a few bars in the first variation, but only becomes properly recognisable at the end of the tenth and last. Meanwhile, another Dowland song has also infiltrated the texture – variation No. 6 refers back to Dowland’s more famous song “Flow my tears”, which had originated in his “Lachrymae pavan” – hence Britten’s title. He composed it during a break in work on his opera Billy Budd, and gave the first performance with Primrose at the Aldeburgh Festival in 1950. Britten then scored the work for viola solo and string orchestra in the spring of 1976, just months before he died.