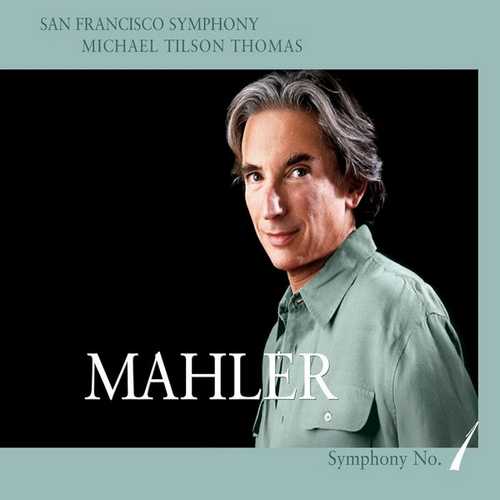 This album was the second in the series of Mahler symphonies released by the San Francisco Symphony Orchestra under Michael Tilson Thomas; it appeared in 2001 on the orchestra’s new label, and was recorded on several occasions within two weeks of the September 11 terrorist attacks. You might expect an unorthodox Mahler Symphony No. 1 (“Titan”) from Tilson Thomas, and to an extent you get one, but his reading is definitely in the Mahler mainstream and really quite strong. It’s on the slow side, episodic, and often dryly humorous, which is an admirable quality for Mahlerians to cultivate. Tilson Thomas’ experience as an Ives conductor seems to benefit him here, and it’s worth remembering that Mahler planned to premiere the Ives Symphony No. 3 with the New York Philharmonic before his untimely death. Tilson Thomas breaks the symphony down into its constituent parts: Wagnerian triumphalism, klezmer, Austrian folk song, decadent sensualism, and more. The work has all the qualities of Mahler’s later, larger works, presented in a slightly smaller package, and Tilson Thomas brings them all out clearly. If there are smoother violin sections than that of the San Francisco Symphony, the brasses and especially the percussion section, captured in full color in Davies Hall via Super Audio sound, rise fully to the occasion. The result is a “Titan” that embraces the work’s joyous, catholic quality. A fine choice for anyone starting out with Mahler.