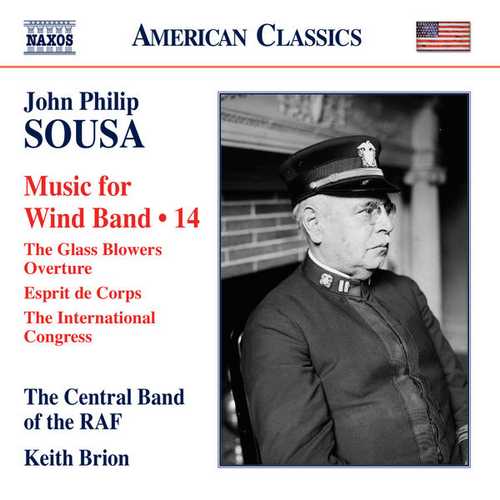 The unprecedented popularity enjoyed by John Philip Sousa was garnered through constant national and international touring with a band that included some of the very best American instrumentalists. Volume 14 of this series includes brilliant show overtures, such as The Glass Blowers, theatrical marches such as The Lambs, the suite El Capitan and His Friends, from three of Sousa’s remarkably successful operettas and, last but not least, the 22 year-old composer’s extraordinary collection of patriotic songs of many countries, The International Congress, which ends with The Star Spangled Banner set against the violin obbligato from Wagner’s Tannhauser.