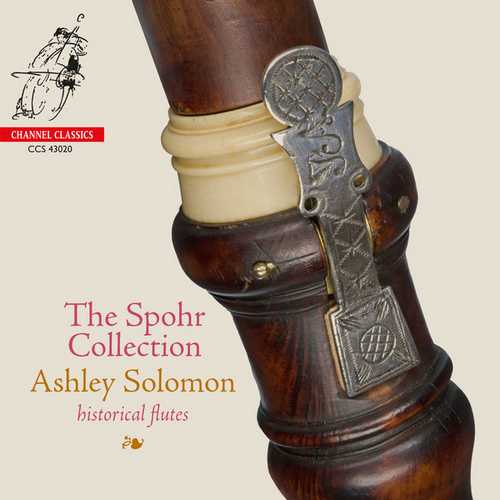 In 2002 Florilegium became involved with Bolivian Baroque and since 2003 Ashley has been training vocalists and instrumentalists there. Initially solo singers, he formed Arakaen – dar Bolivia Choir in 2005. In 2008 Ashley was the first European to receive the prestigious Bolivian Hans Roth Prize, given to him in recognition of the enormous assistance he has given to the Bolivian indigenous people, their presence on the international stage and the promotion and preservation of this music.

For the last 28 years of collaboration with Channel Classics my main inspiration for recording has always been repertoire, either to convey our individual interpretation of known pieces I am passionate about or to present otherwise unknown repertoire for the very first time. This recording, however, came about through a chance encounter with a remarkable private collection of flutes, held in Frankfurt. This collection includes several hundred historical flutes, spanning the history of the instrument from one of the earliest surviving 3-piece French flutes made by Chattillion in c.1680. Many of these are baroque and other one-keyed flutes and most of them have not been used in recordings before. The collection includes some of the finest examples of playable baroque flutes anywhere in instruments at the time of their manufacture. I am grateful to the owner for his insight, commentary and images of each flute that follows under “The Instruments” below, allowing the listener to gain a greater knowledge and understanding of the particular characteristics of each flute.