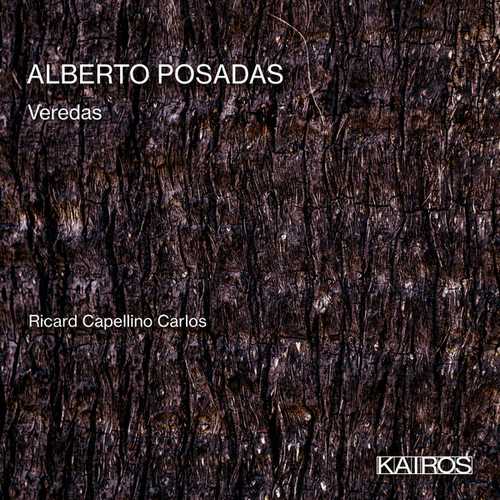 Very close a single saxophone and very far away the realm of associations. While the composition of the notes is strict, the listener’s access to them is free and personal. Alberto Posadas’ cycle Veredas is also about the interplay between apparent opposites: closeness and distance, rigor and freedom, concretion and utopia. The instruments are similar  all belong to the saxophone fami - but the performance venues are different: the audience changes them as well as their position to the sound from piece to piece. The ‘paths’ that Alberto Posadas treads in this cycle are also those between these mental and real opposites. As always in his works, fundamental questions, observations and research serve as starting points for the music. In this case, they are reflected in poetic lines by the Spanish-Galician poet Jose Angel Valente. They form nodes in the network of the Veredas; irritating, mysterious, often gloomy and quite often inherently paradoxical linguistic images that want to look at things in the ’empty mirror of their nothingness’ and in doing so give us an astonishingly powerful understanding of what can barely be said. It is no coincidence that the titles of the six pieces follow the titles of Valente’s poems.