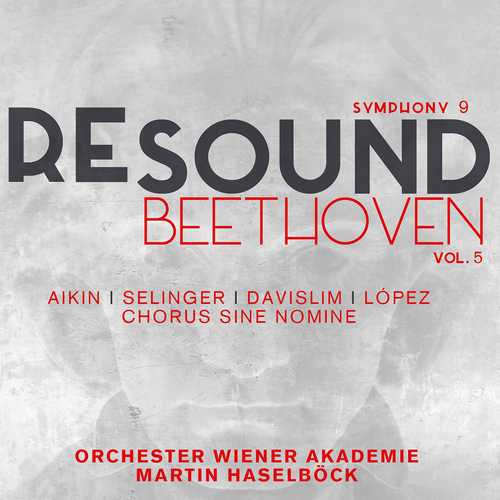 The Orchester Wiener Akademie and its conductor Martin Haselböck continue their RESOUND Beethoven series. The aim of this project is to record the complete Beethoven symphonies on period instruments in the venues where they were first performed, scrupulously respecting the layout of the orchestra 200 years ago, and also that of the chorus, which at that time was positioned in front of the orchestra.

Volume 5 is devoted to the monumental Ninth Symphony with its famous ‘Ode to Joy’.

The work’s premiere took place in May 1824 at the Kärntnertortheater in Vienna, which no longer exists. The symphony was performed again shortly afterwards in the Grosser Redoutensaal of the Hofburg Palace in Vienna. It is in this hall that the present recording was made in 2015.