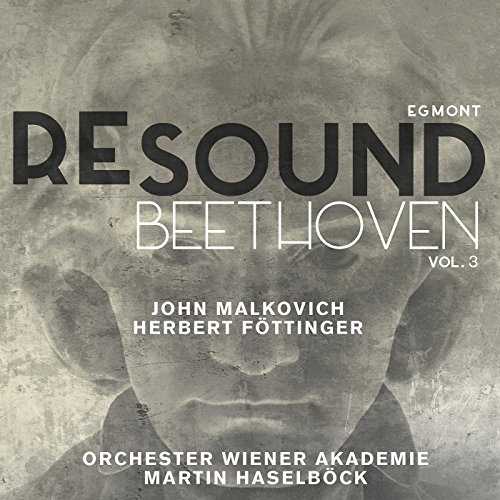 With RESOUND we bring the orchestral works of Beethoven back to the halls and theatres of their Viennese premieres or other venues where they received their earliest performances. Four of the six venues where first performances of one or more of the nine symphonies were held still exist today, as do the eight Viennese halls and theatres where the composer’s works were performed in his lifetime. Our orchestral forces correspond in size and instrumentarium to those used by the composer, and our performances even respect unusual platform layouts, such as placing the chorus in front of the orchestra in Symphony no. 9. Our producer Stephan Reh masterfully captures the specific acoustical qualities of each room: the mellow fullness of the Baroque Landhaussaal, the powerful intimacy of the Eroica-Saal in the Palais Lobkowitz, the transparency of the Old University Hall, the dry clarity of the Theater in der Josefstadt, and the voluminous acoustic of the Redoutensaal, in Beethoven’s day the largest concert venue available in Vienna.

Theatre Music – the dialogue in the service of great poetry – is the focus of this recording. We have already been able to perform Egmont with several renowned actors. That the part of the narrator is here taken by Herbert Föttinger, currently the director of the theatre for which Beethoven himself wrote music, is beautifully fitting. Christopher Hampton has modeled the combined texts of Goethe and Grillparzer into his poetic English translation. It fills us with great joy and gratitude that John Malkovich – with whom we have already had the pleasure of collaborating for several years – has taken on the part of the narrator in the English version. With our interpretations we wish to offer you music in the sound of its own time: we want to add to the possibilities of historical instruments the sound and the aura of the concert halls in which the composer himself conducted and experienced his works. At every step in Vienna one encounters places and signs of a great musical past: to make historic architecture echo with great music and to communicate that perceived authenticity to modern ears – that is the ultimate goal of RESOUND Beethoven.