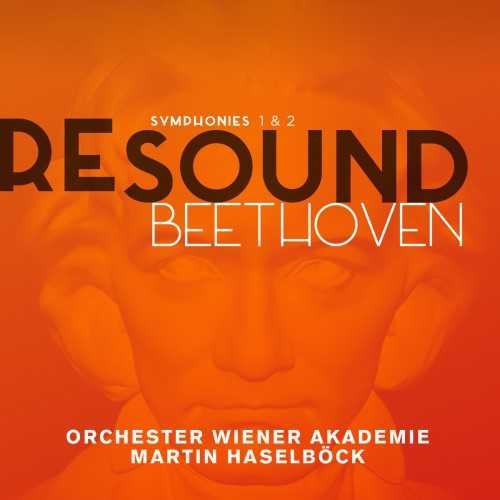 The Re-Sound Beethoven collection brings the symphonies of Beethoven back to the locations of their Viennese premieres. Four of the six venues where first performances of one or more of the nine symphonies were held still exist today, as do the eight Viennese halls and theatres where the composer’s orchestral works were performed in his lifetime. The orchestral forces of the Wiener Akademie corresponds in size and instrumentarium to those used by the composer. The producer Stephan Reh strives to reproduce the specific acoustical qualities of each room.