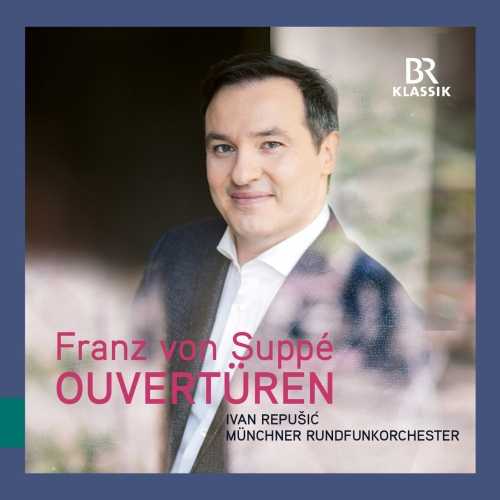 Directly after Johann Strauss the Younger, Franz von Suppé born in Split, Dalmatia, is one of the most famous Austrian composers of the 19th century to have paid special tribute to the so-called light muse. His oeuvre includes nearly three dozen operettas and light operas as well as countless farces and comedies, which he loosened up by framing them with musical numbers. This was the typical repertoire of Old Viennese folk theatre, which he imaginatively enriched in his various capacities as Kapellmeister at the Theater in der Josefstadt and as “”chief composer and conductor”” at the Theater an der Wien, as well as on other stages of the Austrian capital later on. His most famous operettas are “”The Beautiful Galatea”” (1865), “”Fatinitza”” (1876) and “”Boccaccio”” (1879). Although most of his stage works have now been forgotten, his sparkling, animated, captivating and thrilling overtures are supremely vivacious, conveying this composers skill, his imagination in inventing catchy melodies, and also his creative abilities where design or instrumentation are concerned. Overtures such as “”Light Cavalry””, “”Poet and Peasant”” or “”Morning, Noon and Night in Vienna”” were indispensable parts of Viennese operettas golden age and have remained a regular feature of the citys musical life (e.g. the Vienna New Year’s Concerts) to this day. As Chief Conductor of the Münchner Rundfunkorchester, Ivan Repuic has selected some of Suppés best-known and most popular overtures for his new studio production. This album is paving the way for next years 200th anniversary of the composers birth.