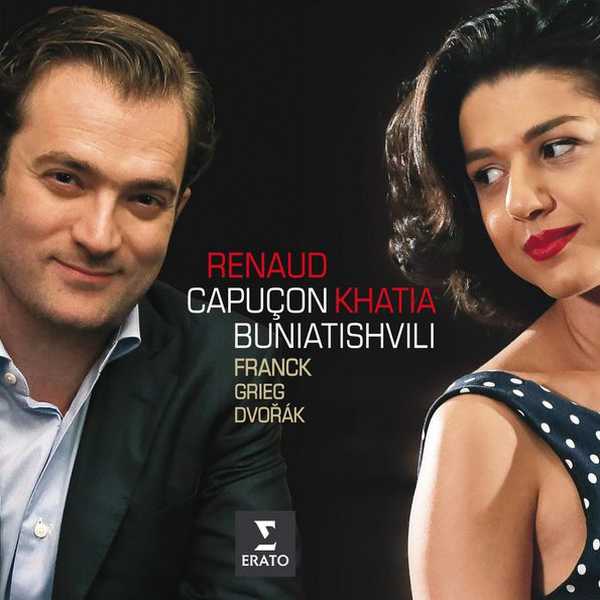 Renaud Capuçon has established himself as an artist with a reputation for impeccable performances and fine interpretations of classics and lesser-known repertoire. From his most recent album with critically-acclaimed readings of the Bach Violin Concertos and the Vasks Violin Concerto, to the Beethoven/ Korngold and Brahms/Berg concertos, Renaud has become known for the breadth of his repertoire, his world-class chamber music partners, and the quality of his playing.

For this album he recorded a recital for violin and piano – his first since the Beethoven Sonatas with Frank Braley in 2010 – and partners with Khatia Buniatishvili for a disc of some of the most powerful works from the Romantic period, all composed during the autumn/winter of 1886-1887. Also a great friend and regular chamber music partner of Martha Argerich, Khatia Buniatishvili is one of the fastest-rising young pianists of recent years, making her debut recording for Sony in 2011, receiving the Borletti-Buitoni Trust Award in 2010, and in 2012 being named Best Newcomer of the Year at the Echo Klassik awards.