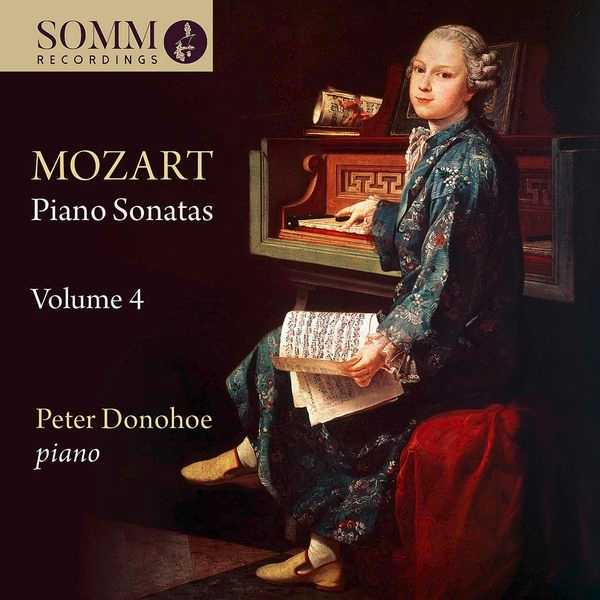 Sonata No. 1 in C major, K. 279 and Sonata No. 5 in G major, K. 283 were composed as a set of six “difficult” sonatas by the 18-year-old prodigy in 1774. Containing hints of the mature genius to come, the Scarlatti-accented outer movements of the First Sonata frame a seductively perfumed, sensuously realised central passage of precocious sophistication. Sonata No. 5 moves from grace to complexity to echo C. P. E. Bach before ending in a breathless, left-hand accented contradanse celebrating the growing freedom and fluidity of Mozart’s piano writing.

More emotionally conflicted, Sonata No. 12 in F major, K. 332 was composed in the wake of Mozart’s failed search for employment in Paris, his mother’s death and a moment of spiritual despair. Two miniatures complete the volume: the mysterious and engrossing late Minuet in D major, K. 355 and the austere and searching Allegro in G minor, K. 312. Christopher Morley returns as author of the series’ authoritative and illuminating booklet notes.