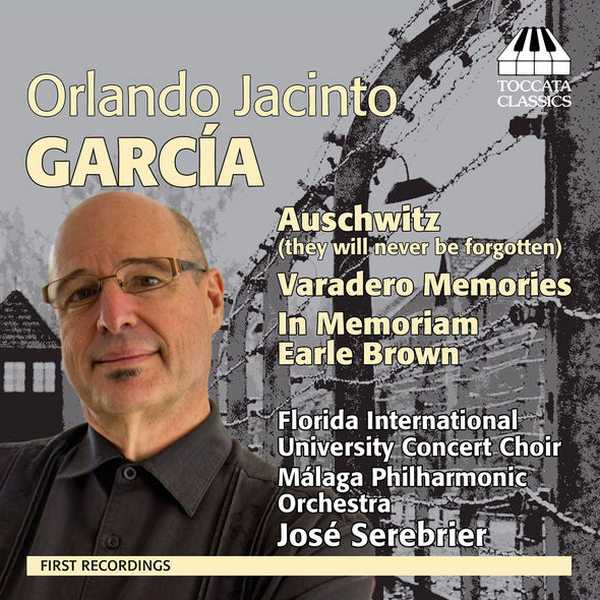 Miami-based Orlando Jacinto García was born in Havana in 1954 and studied with Morton Feldman.

He has inherited some of Feldman’s concerns: his music likewise evolves gradually over slow-moving spans of time, unfolding like the leaves of a plant, generating colours as with the gentle turning of a kaleidoscope.

The elegiac Auschwitz (they will never be forgotten), a meditation for chorus and orchestra, captures something of the infinite sorrow evoked by the memory of such institutionalised cruelty.

Varadero Memories is an abstract recollection of a Cuban beach where as a child he spent time with his grandparents.

This CD welcomes José Serebrier to the Toccata Classics roster of artists.