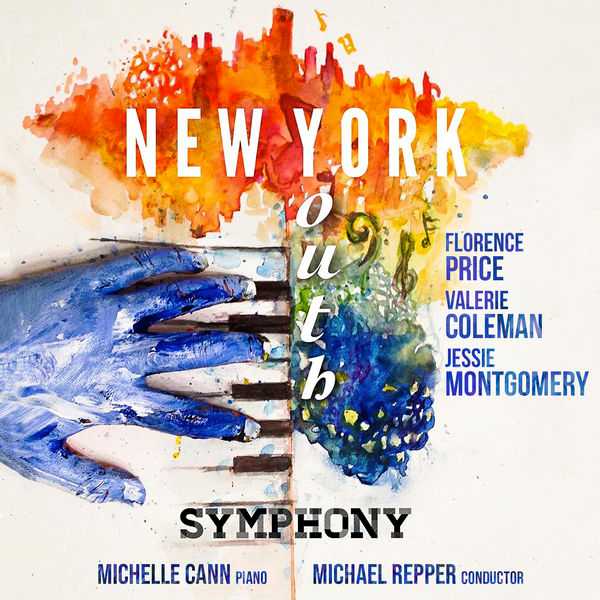 
Price: Ethiopia’s Shadow in America
01. I. The Arrival of the Negro in America When First Brought Here as a Slave
02. II. His Resignation and Faith
03. III. His Adaptation: A Fusion of His Native and Acquired Impulses

The New York Youth Symphony makes its recording debut with music by Florence Price, Valerie Cole and Jessie Montgomery. With remarkable resilience, the musicians’ first studio album brought them together in multiple ways during the COVID pandemic.

In the midst of the COVID pandemic, the remarkably resourceful personnel and musicians of the New York Youth Symphony (NYYS), with Music Director Michael Repper, found a way to come together during a time of separation to make their debut recording. Featuring four works by three African American women composers  Florence Price, Valerie Coleman and Jessie Montgomery  the orchestra’s first studio recording includes several premieres. The release coincides with the 115th anniversary of Price’s birth.

Two recordings of works by Florence Price are firsts. Ethiopia’s Shadow in America is the first recording of the work by an American orchestra. Her Piano Concerto in One Movement, with soloist Michelle Cann, is the premiere recording of the composer’s newly-discovered original orchestration. Price’s compositional voice blends the African American folk songs and dances of her heritage with the central European Romantic tradition in which she was trained. Her tone poem Ethiopia’s Shadow in America evokes the injustices experienced by people of African descent. Her Piano Concerto in One Movement features the exuberant soloist Michelle Cann, a champion of the composer’s music, who gave the New York and Philadelphia premieres of the work.

Umoja  meaning “unity” in Swahili  by Grammy-nominated flautist, entrepreneur and composer Valerie Coleman originated as a simple song for women’s choir. Its transformation as a work for orchestra  given its first recording here  maintains its feel of a drum circle and sharing of history through a traditional “call and response” form.

In her rich and colourful single-movement symphonic work Soul Force, NYYS alum Jessie Montgomery drew on Dr. Martin Luther King’s “I Have a Dream” speech in which he states, “We must not allow our creative protest to degenerate into physical violence. Again and again, we must rise to the majestic heights of meeting physical force with soul force.”