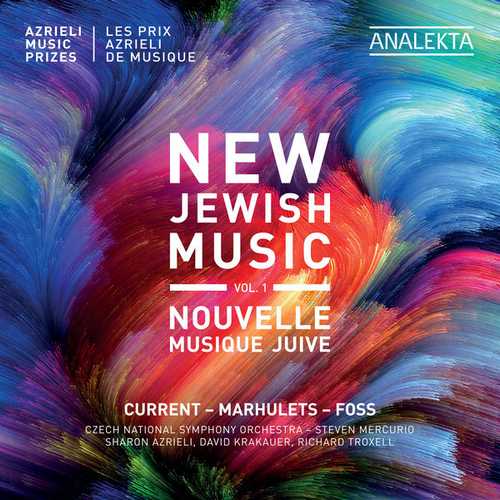 The Azrieli Music Prizes were established in 2014 by the Azrieli Foundation to offer opportunities for the creation, performance and celebration of high quality new Jewish music. New works by composer Brian Current, winner of the 2016 Azrieli Commission, and composer Wlad Marhulets, winner of the 2016 Azrieli Prize, are featured on this new album. In addition to those, the album also features The Song of Songs, for soprano and orchestra by Lukas Foss, an important work of Jewish music premiered by the Boston Symphony in 1947.

Celebrating its 25th birthday in 2018, the Czech National Symphony Orchestra (CNSO) has gained a position among Europe’s top symphonic ensembles. In the studio, the orchestra has worked on recordings for Plácido Domingo and for Ennio Morricone’s Oscar-winning score to director Quentin Tarantino’s film The Hateful Eight.