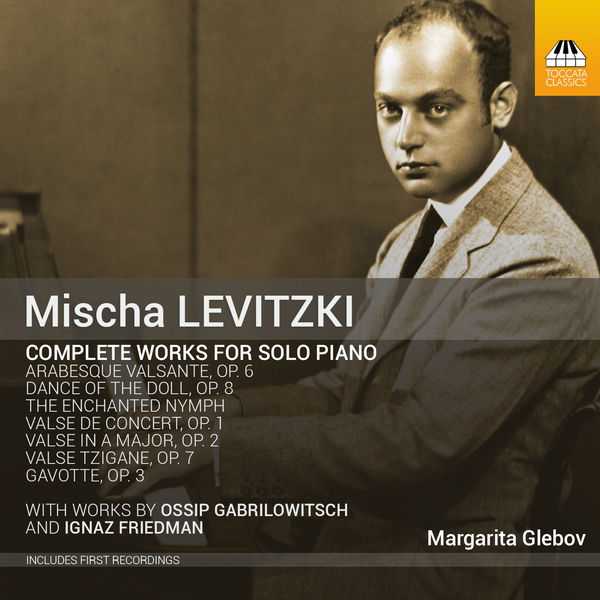 What was called ‘the Golden Age of Pianism’ – the last decades of the 19th century and the first of the 20th – also saw the final flourish of the composer-pianist, a tradition that had begun with Mozart and Beethoven. This release presents little or unknown music by some of those last lions of the keyboard who were also composers, many of these pieces in their first recordings.

The handful of works left by Mischa Levitzi (1898–1941) are charming miniatures, most of them waltzes. The pieces by Ossip Gabrilowitsch (1878–1936) – the son-in-law of Mark Twain – are rather more ambitious but remain modest in scope. The works of Ignaz Friedman (1882–1948) – both original compositions and transcriptions – point to a substantial body of music that has yet to be fully explored.

Margarita Glebov – a member of the piano faculty at the International School of Music in Bethesda, Maryland – began her studies at the age of five in St Petersburg. She continued her musical career in the United States. In 2002 she received a Bachelor of Music degree from the Peabody Conservatory. She earned a Master of Music and Doctor of Musical Arts degrees from the University of Maryland. Her second disc, Sergei Lyapunov: Piano Music, released on Toccata Classics (TOCC0218) in 2013 received numerous enthusiastic reviews.