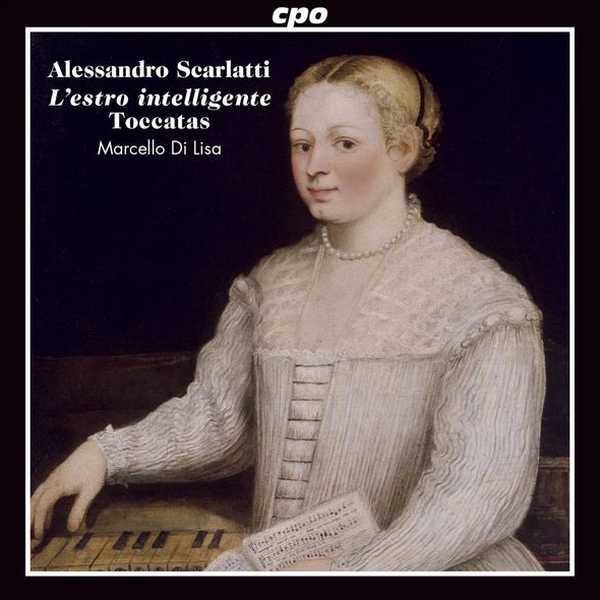 As a specialist in the music of Alessandro Scarlatti (please do take note: Alessandro, not his son Domenico!), Marcello Di Lisa has made many recordings that have been acclaimed internationally. Now he turns to Alessandro’s oeuvre for keyboard instruments, which, in the elder Scarlatti’s case, primarily means toccatas. His works of this genre are distinguished by the demonstration of virtuosity that is brilliantly bizarre and in part unpredictable. One typical stylistic element consists of sixteenth sequences continuing on their course like a perpetuum mobile.

While Di Lisa was planning the present recording, he resolved to present Scarlatti as a great master of counterpoint and thus to pay tribute to an aspect constituting the core of this composer’s personality. At the same time, Di Lisa sought out lesser known, more unusual traits conveying a more comprehensive, more multifaceted, and more versatile picture of Scarlatti – the picture of a man who was not only the sublime guardian of the Neapolitan tradition but also a composer who had a fine feel for melodic charms and took delight in surprising, unconventional innovations. And, what is more, the picture of a musician who made carefully calculated virtuosity his hallmark – or, in other words, knew how to combine imagination and intelligence.