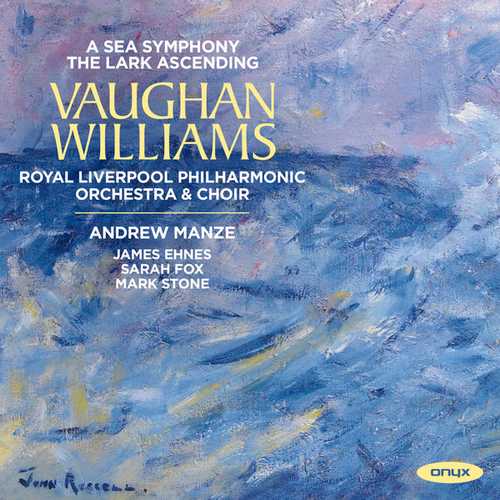 The penultimate album in the critically acclaimed Vaughan Williams symphony cycle from the RLPO and Andrew Manze is of his 1st Symphony ‘A Sea Symphony’ set to words by Walt Whitman. Premiered in 1910, the start of this work is one of the most dramatic of any symphony, and one that displays an extraordinary, epic self-confidence in handling such large forces. The work had been in RVW’s mind since 1907, just before his studies with Ravel in Paris. The Lark Ascending, the Romance for violin and orchestra dates from 1914, is probably the composers most popular work, and will forever be associated with the horrors of the First World War. The version for orchestra heard here was made in 1920. It is a revolutionary work in the context of British music of the time – a rhythmic freedom and flow and imagery makes it very much of its time.