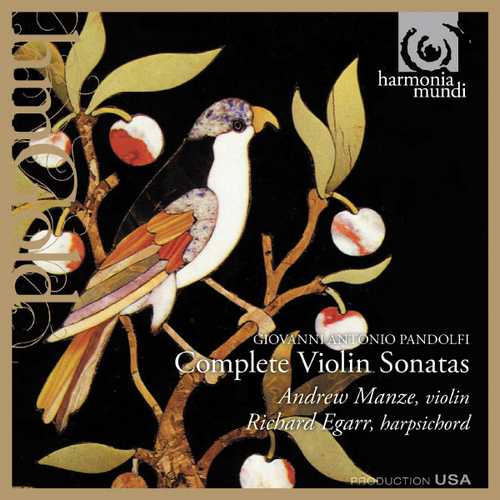 These are virtuoso performances of some quite extraordinary music. Each sonata has its own descriptive subtitle and a movement layout which seems reluctant to conform to any set pattern. Presumably the sections have their own tempo indications, though these aren’t disclosed either in the booklet or in the listing on the reverse side of the box. A pity, since there are lots of interesting and unusual juxtapositions of a strikingly nonconformist nature. Much of the writing is characterised by virtuoso figurations which, especially in faster movements, might become a little wearisome in the hands of a lesser player. But Manze seems to sense this danger and averts it with panache and a highly developed sense of fantasy. Slow movements, on balance, are more interesting. There’s an especially memorable one in La Clemente, the fifth sonata of Op 3, with a pathos-laden aria-like character. Manze plays it sensitively and the result is touching. Several movements have a strong ostinato element and, in La Monella Romanesca, the third piece from Op 4, we have a set of variations on a melody contained in the bass.
Harpsichordist Richard Egarr is a lively and an imaginative accompanist throughout. In short, an exhilarating recital of music whose exoticism, melancholy and wild, passionate outbursts resist categorisation and convenient definition.
Strongly recommended.