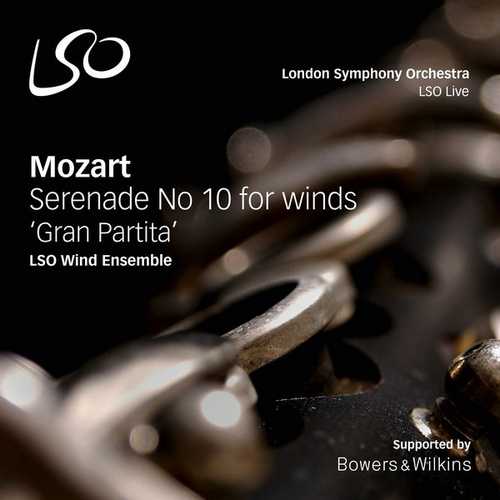 For this album, the ensemble was led Lorenzo Iosco, who played with the Orchestra for six years before joining the Hong Kong Philharmonic Orchestra. He says of the work: “It’s so simple what [Mozart] writes, but at the same time so beautiful and so clear…All the seven movements are fantastic, my favourite is the third movement, because the way it starts and how it’s built is absolutely amazing. But all the movements have beautiful melodies, it’s a masterpiece!” Mozart’s sublime ‘serenade for thirteen Winds’ may have been dedicated to his bride Constanze, and it may even have been played at their wedding celebrations in 1782, fitting the occasion with its ambitious scoring and sense of amplitude.

It consists of seven movements and why Mozart decided to ignore symphonic convention is unknown. ‘Gran Partita’, which was found scribbled on the original manuscript, essentially means ‘big wind symphony’ and it is scored for 13-piece wind section: unusually large for the era. It isn’t one of Mozart’s most intricate scores, but its sensuousness and variety are unsurpassed.