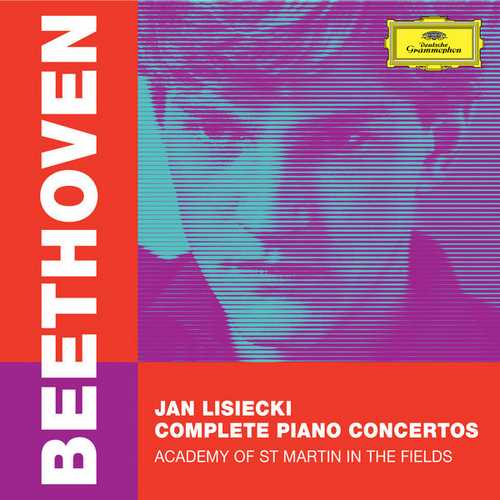 Jan Lisiecki was hailed by the critics for his live performances of Beethoven’s five piano concerts at the Konzerthaus Berlin:

After his successful album “Mendelssohn”, the Canadian pianist now dedicates his next album to the five piano concertos by Ludwig van Beethoven – once again in the double role as soloist and conductor, accompanied by the Academy of St Martin in the Fields.

Jan Lisiecki believes that “Beethoven certainly did not conceive the 5 concertos as a cycle. In spite of this, they belong together because they reveal such a differentiated picture of Beethoven, starting with the first two concertos”, which still disclose the legacy of Mozart, the very different works No. 3 and 4 up to the majestic E flat major concerto No. 5.

Beethoven’s Piano Concerto No. 4 in G major, Op. 58 has played a significant role in Jan Lisiecki’s career. In 2013, he performed the work with Orchestra Mozart under Claudio Abbado in Bologna, replacing an indisposed Martha Argerich at very short notice.

The album includes the concerto the young Canadian pianist made his Carnegie Hall debut with – together with the Philadelphia Orchestra under Yannick Nézet-Séguin.

Tags:Academy Of St. Martin In The FieldsBeethovenKellerLisiecki