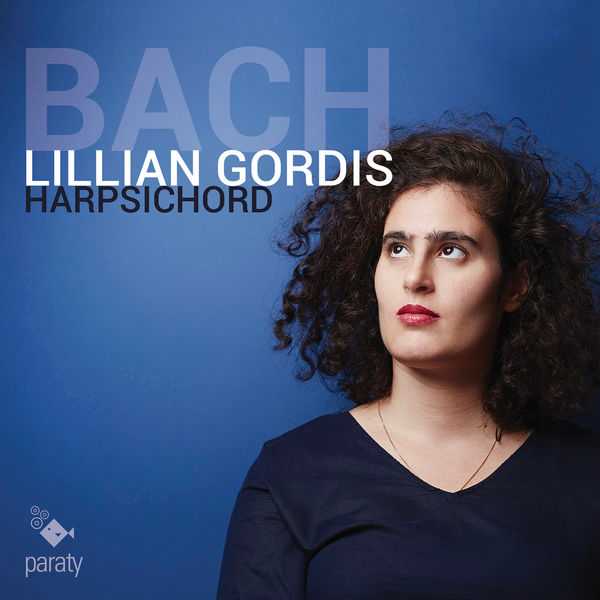 An incredible release! Lillian Gordis’ playing is artfully phrased and showcases such agogic freedom, not to mention her knack for the art of surprise and suspension! The success of this rendition is achieved through its bold ornamentation (Prelude in B flat major), wide spectrum of sound (Partita No. 1, Gigue left hand), and playful approach to resonance.

With this incredible double album, American harpsichordist Lillian Gordis pays tribute to two musicians who left an impact on her younger years: Leonhardt and Hantai, both of whom utilised the fabulous acoustics of the Doopsgezinde Kerk in Haarlem, the Netherlands, to record their music. Following in their footsteps, Gordis chose to record her latest collection in this exact same location in November 2020. This recording includes two English Suites (Nos. 3 and 5), two Partitas (Nos. 1 and 4) and four Preludes and Fugues from The Well-Tempered Clavier – Book 2: The huge BWV 890 in B flat major, the conceptual BWV 891 in B flat major, the tender and effusive BWV 873 in C sharp minor and, last but not least, the joyful and glorious BWV 874 in D major. Here, we feel Lillian be swept up in the magic of this venue, leading to an otherworldly performance.

These two musical hours are breath-taking in every sense of the word: they’re free, fantastical and rigorous, and possess incredible momentum. One such example is Prelude in D major BWV 874, where bugles, oboes and flutes provide a wonderfully rustic atmosphere. She often creates phrase breaks to let her unusual and surprisingly precise imagination shine through. Lillian Gordis is a master of rhythm, always creating mesmerising dance structures, just as Blandine Verlet once did in some of her old recordings (Philips). There are also clear polyphonies throughout the record (particularly in Partita n° 4).

But the most surprising and mesmerising thing here is the narrative strength of this take on Bach’s work, and its joyful abandon of scholastic spirit. This recording truly reflects life; its strangeness, oddities and baroque temptations as well as its joy, luminosity and abundance. Without doubt, this is well worth a listen.