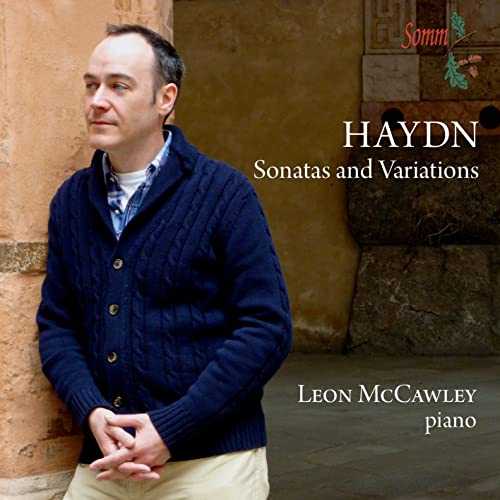 A truly invigorating new release from SOMM this month, brings us Leon McCawley in a recording of four Haydn Piano Sonatas together with the set of Variations in F minor (Sonata – Un piccolo divertimento). Siva Oke first heard Leon play Haydn during a recital for the Chopin Society and was immediately struck by the many wonderful qualities he brought to his playing which captured classical purity and pristine articulation coupled with warmth, plasticity and wit. Widely acknowledged as one of Britain’s foremost pianists, McCawley has forged a highly successful career since winning First Prize in the 1993 International Beethoven Piano Competition in Vienna and Second Prize at the Leeds International Piano Competition, building on his earlier success as Winner of the Piano Section of BBC Young Musician of the Year in 1990. Since then, his impressive discography which includes the much-lauded complete cycle of Mozart Sonatas for Avie has established him as a pianist of great integrity and variety, bringing freshness and vitality to classical, romantic and 20th century repertoire. The more than 50 piano sonatas of Haydn were the first by any composer, for it was he who first applied the word ‘Sonata’ to a solo piano piece. Haydn’s influence on Mozart, Beethoven, and all the other great composers who followed him, was hugely significant, yet it is only in quite recent times that the importance and originality of his piano sonatas have gradually come to be recognised. The Sonatas on this disc have long been part of Leon McCawley’s recital repertoire. They reflect the range of Haydn’s genius in the genre he himself invented, and McCawley’s performances are full of the insight and virtuosity which have made him one of the major international artists currently before the public.