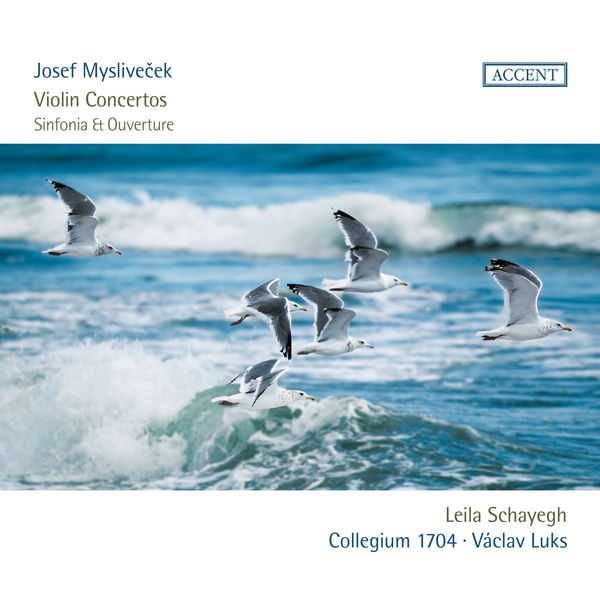 Josef Myslivecek (1737-1781) also known as Il Divino Boemo (The Divine Bohemian) was one of the most celebrated opera composers in Italy in the 1770s. His instrumental works – symphonies, concertos, octets, quartets, and trios – were as popular as his vocal music. Certain features of his melodic style reflect his Bohemian origins, and Myslivecek’s influence on contemporaries was significant. A close friend of the young W. A. Mozart and a musical influence on him, Mozart described his character as “full of fire, spirit and life.”

All nine of the Myslivecek violin concertos that survive in complete form were probably written in a short period during the late 1760s and early 1770s when the composer maintained close contacts with the city of Padua and the composer and violinist Giuseppe Tartini. As a representative of Italian traditions that extended back to the early eighteenth century, Myslivecek’s violin concertos are all cast in three movements of the pattern ‘fast-slow-fast’.

“From this music one can hear that the author was also a superb opera composer: the quickly alternating themes are well defined in character, whether sounding serious or boisterous, pleading or alluring, questioning or majestic, friendly or imperious. Figuratively, we find ourselves on the opera stage.” (Leila Schayegh)