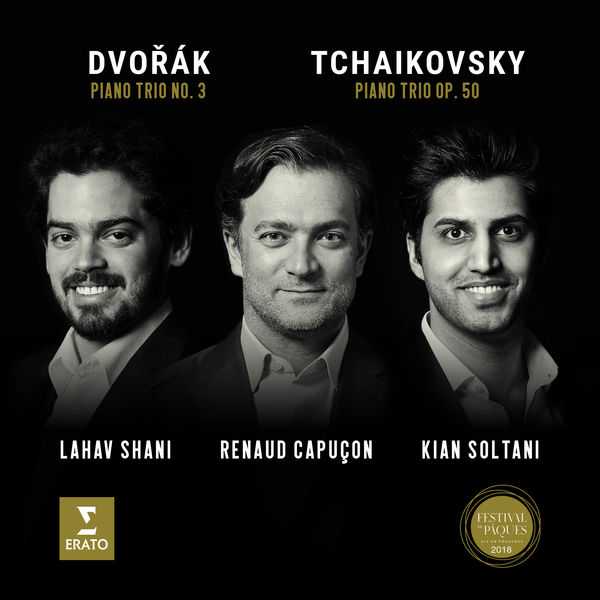 This recording features two major works of the chamber repertoire – one by Antonín Dvořák, the other by Pyotr Ilyich Tchaikovsky. The two composers were contemporaries, born just a year apart: Tchaikovsky in 1840 and Dvořák in 1841. In the 1880s (Tchaikovsky’s Op.50 dates from 1881, Dvořák’s Op.65 from 1883), neither man was known for his chamber music – Tchaikovsky’s reputation was based on his opera and ballet scores (works such as Eugene Onegin and Swan Lake), while Dvořák had made his name with works influenced by Slavonic folk music (the Moravian Duets and Slavonic Dances). Each of these two piano trios therefore has its own unique character, and both works signal new directions in the style of their respective composers.