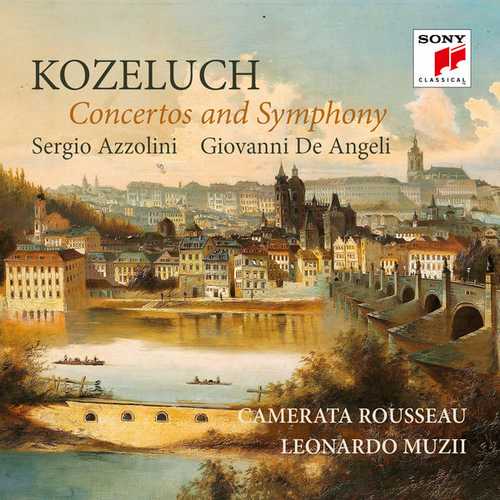 As one of the most respected Czech composers of his time, Jan Anton Kozeluch (1738-1814) composed around 45 masses and Italian operas, among other things, but was overshadowed by his cousin Leopold Antonín Kozeluch (1747-1818), with whom he is still often confused today. Kozeluch also wrote two bassoon concertos. The Bassoon Concerto in C major was one of the most frequently performed masterpieces for bassoon in the 18th century, and with it the Italian bassoonist Sergio Azzolini is now opening the Kozeluch album with the Camerata Rousseau under the direction of Leonardo Muzii. Azzolini is also the soloist in the first recording of the second bassoon concerto in B flat major, an equally brilliant work, but the authorship of which is not entirely clear – the work could also have come from his cousin Leopold Kozeluch. Sergio Azzolini plays the two bassoon concertos on an original instrument from around 1794 by Kaspar Tauber, which allows the soloist a soft singing and agility that are difficult to achieve on the modern bassoon. The two bassoon concertos are juxtaposed with the oboe concert by Jan Anton Kozeluch – the soloist is the Italian oboist Giovanni de Angeli, who plays on a copy of a Grenser oboe from Dresden. The stormy G minor symphony by Leopold Kozeluch concludes the interesting album.