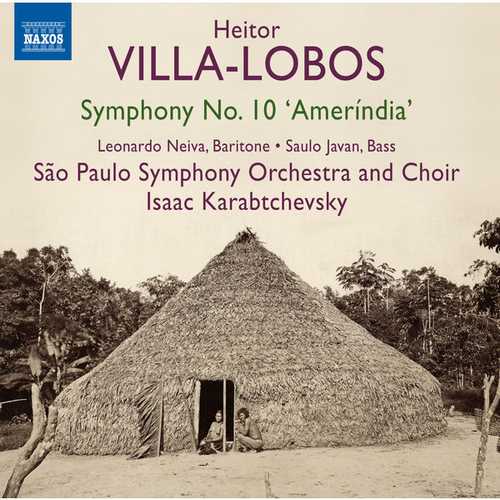 Heitor Villa-Lobos was instrumental in developing a national Brazilian musical culture, writing in a wide variety of forms. Composed in 1954 for the 400th anniversary of the founding of São Paulo, Ameríndia is the composer’s largest symphony. Effectively a hybrid symphony and oratorio for soloists, chorus and orchestra, it is memorable for its stylistic variety and breadth, drawing on many different sources of Brazilian music. This recording is based on a newly revised edition made by Editora Criadores do Brasil (the São Paulo Symphony Orchestra’s publishing house) in collaboration with the Academia Brasileira de Música.