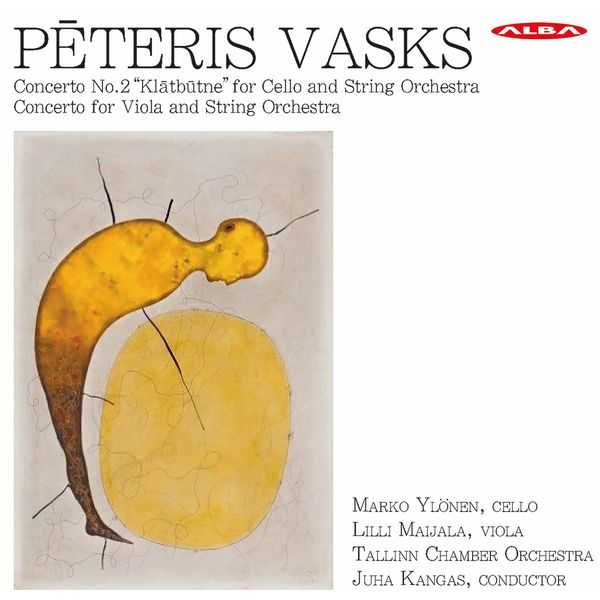 This album includes two string concertos by Latvian-born composer Pēteris Vasks, the first of which is Concerto No. 2 “Klātbūtne” for cello and string orchestra – a three-part concerto for cello and string orchestra. Marko Ylönen will perform as a cello soloist on the recording. The second work on the album is the four-part Concerto for Viola and String Orchestra that features viola player Lilli Maijala as soloist. The orchestra is conducted by Juha Kangas.

Composer Pēteris Vasks was born in Latvia after the World War II, in the small town of Kurzeme, Aizpute. As a child, he played the violin and started also composing early in childhood. After seeing Wagner’s Tannhäuser opera in Riga at the age of 13, he moved to the capital to study double bass, but did not get into the Riga Conservatory, as his father was the pastor of the Baptist Church. Later, Pēteris studied in Vilnius and worked in Lithuanian and Latvian orchestras. At that time, he continued to compose, but kept the works as his own knowledge, until after starting a family, he applied to the Latvian Academy of Music to study composition. He began to gain fame for his music in the mid-1970s. Pēteris drew his music from the sorrows of the world until, after the break-up of the Soviet Union, Latvia was independent again and his compositions began to have light in them again.