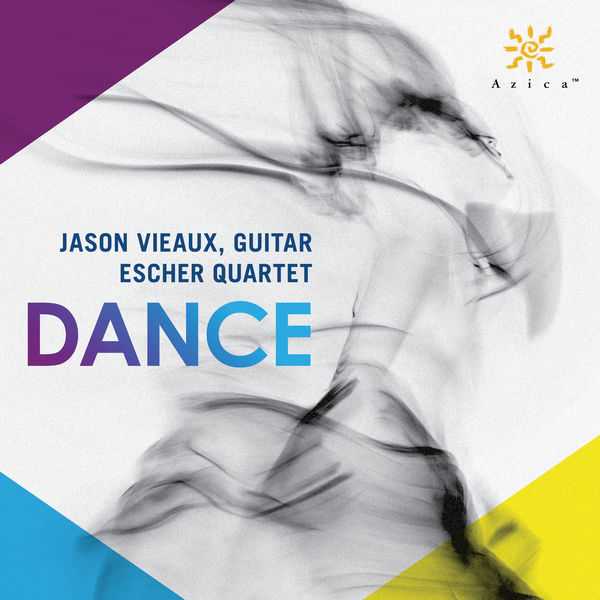 The combination of guitar and string quartet, natural and flexible though it may seem, is uncommon in performance: some 300 works exist, but most are rarely performed. Yet guitarist Jason Vieaux and the Escher Quartet have managed to assemble a coherent program with a single theme, that of the dance. The entire album is lively, vigorous, and varied, but if you want to skip to the best, sample the finale of concluding work, the Guitar Quintet No. 4 in D major of Luigi Boccherini. Boccherini was a specialist in this genre who used the percussive capabilities of both the guitar and the string quartet in colorful works that evoke the composer’s adopted country of Spain. His fandango finale here, complete with castanets, is irresistible. The other two works on the album are also a lot of fun: Aaron Jay Kernis’ 100 Greatest Dance Hits lives up to its dance billing with nods to disco, easy listening, salsa, and party pop in its four (not 100) movements, and Mario Castelnuovo-Tedesco’s Guitar Quintet, Op. 143, an elegant work written for Andrés Segovia whose lilting melodies suggest dance even though they are ordinary sonata movements. Azica engineers’ choice of a college auditorium results in a cavernous, chilly sound, but this is an entirely enjoyable hour of chamber music.