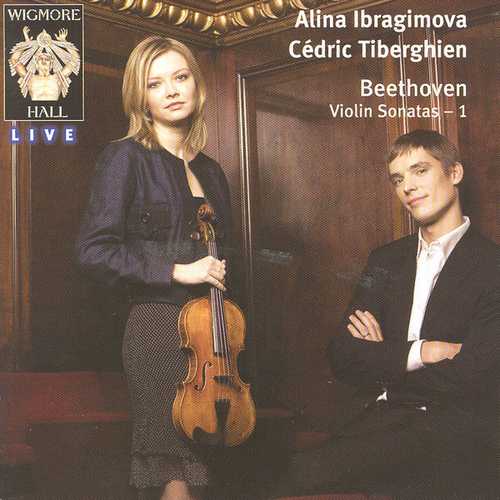 First of three individual releases which will incorporate the complete sonatas for violin and piano by Beethoven (next releases likely to be in February and September 2011).

Alina Ibragimova and Cédric Tiberghien met whilst members of the BBC New Generation Artists scheme, immediately establishing a rapport which has brought them invitations from the world’s leading recital halls, including the Concertgebouw Amsterdam, Carnegie Hall and, especially, the Wigmore Hall. Writing about the duo in The Times, Geoff Brown stated that “these players have the potential to conquer the world”.

Alina and Cedric played several of Beethoven’s violin sonatas together during the time when they were both participants in BBC Radio 3’s New Generation Artists scheme, but it wasn’t until the beginning of October 2009 that they tackled the complete cycle. Thanks to a residency at Aldeburgh, they were able to concentrate on rehearsing these central pillars of the violin-andpiano repertoire for an entire week – ‘playing, talking, thinking, morning until evening, feeling the connections, the moods, the links between each sonata, each key’, Tiberghien explains.