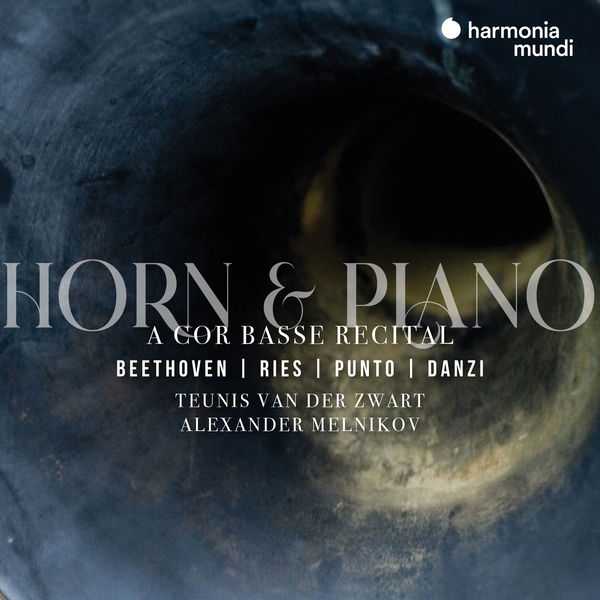 Eighteenth century horn virtuoso Giovanni Punto may be an unfamiliar name to most modern music lovers, but in his day he was quite literally being chased around Europe for his talents. Born Jan Václav Stich in 1746, aged twenty he fled the rural Bohemian estate of his employer, Count Thun, in search of a more interesting life – an escape which so infuriated the aristocrat, having spent a fortune sending Stich to perfect his technique in Prague, Munich and Dresden, that he sent soldiers after the young musician with orders to knock out his teeth so he would never play horn again. However Stich evaded Thun’s heavies, made it to Italy, changed his name to Giovanni Punto, and went on to forge a career as a virtuoso player and composer celebrated around Europe for his development of the hand-stopping technique which allows natural horn players to create more notes. Mozart and Beethoven both wrote works for him, and in London he was brought in to instruct the horn players of King George III’s private orchestra.

On to natural horn specialist Teunis van der Zwart, and this recital partnered on the fortepiano by Alexander Melnikov is the performance fruits of his PhD research into Punto’s sound and technique, applying ornamentation and multiphonics, considering contemporary descriptions of Punto’s sound, and most importantly using a “cor basse” – or low horn – mouthpiece, because in Punto’s time the instrument’s wide range necessitated a clear distinction between its low and alto registers, with different mouthpieces employed for each. The “basse” mouthpiece was the larger of the two, producing a more velvety and less penetrating tone, and allowing leaps and jumps to be articulated with greater ease. For the modern player, though, the greater width of its inner rim constitutes what van der Zwart colourfully describes as a “massive shock”, when its 19 mm diameter is 2 mm wider than the ones he’s been used to for decades. “The difference might look negligible”, he says, “but… for several months it felt like playing a trombone mouthpiece”.

As for the repertoire chosen to paint Punto’s world, the recital opens with Beethoven’s famous Sonata in F major, Op. 17 – probably the first ever horn sonata, which premiered in 1800 with Beethoven himself at the piano. Also on the menu is Melnikov’s piano arrangement of the first of Punto’s own sixteen Horn Concertos, published in 1777 and written to showcase his talents. Completing the picture are two sonatas from composers influenced by both Punto and Beethoven – Ferdinand Ries’s