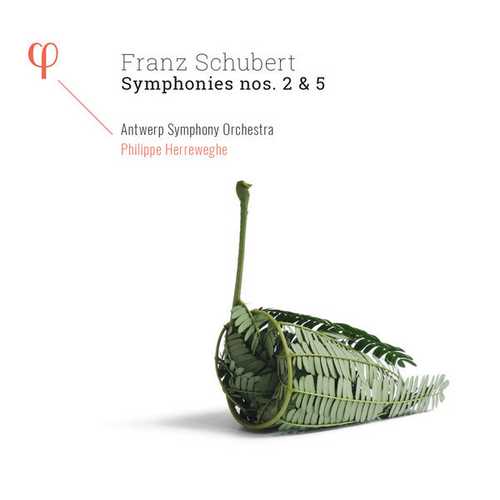 After the success of his recordings of Symphonies nos. 1, 3 and 4, released on the Phi label in 2016, Philippe Herreweghe offers us the next instalment of Schubert’s orchestral output with the Royal Flemish Philharmonic: the Symphony no.2 D. 125 and Symphony no.5 D. 485 – both in B flat major. Like those on the previous disc, these works from his youth – written when the Viennese composer was not yet twenty years old – mark the promising beginnings of an already highly accomplished composer. They demonstrate finesse of large-scale symphonic construction, even though the Fifth is the least heavily scored of the cycle – it is the only one that does not call for clarinets, trumpets and timpani. The Second, with its light character, requires just as much subtlety from the orchestra – which Philippe Herreweghe and the Philharmonic provide with their accurate and intelligent playing throughout this album.

A new homage from the Belgian conductor to the genius of the Viennese composer, whose later symphonies are better-known to us, while his earlier works are – quite unfairly – not played or recorded enough!