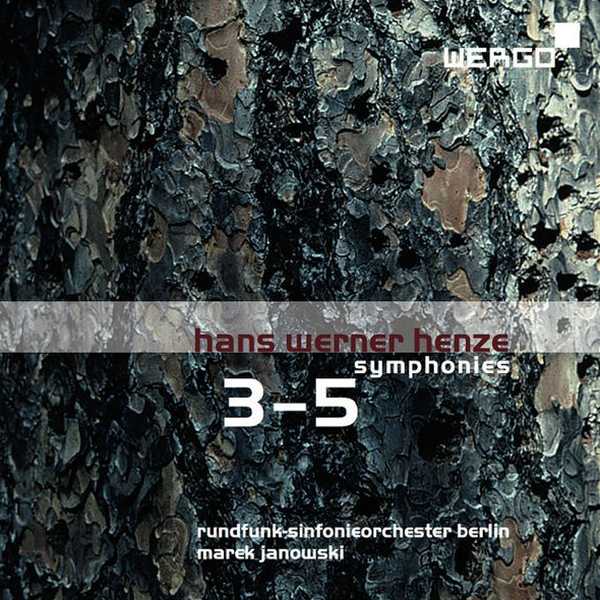 In his essay ‘Über Instrumentalkomposition’ of 1963 Hans Werner Henze states: “Everything moves toward the theatre and comes back from there.”

Henze’s Symphonies 3, 4 and 5 move within this combination of theatre and symphonic music. The first approach is noticeable in Symphony No. 3: “I composed this piece (…) in an attempt to keep the notion of ‘symphonic music’ and the idea of classical and Romantic forms separate. Consequently, the listener is not supposed to look for those elements which were characteristic of 19th-century symphonies.”

Symphony No. 4 is concretely linked with Henze’s own music-theatre works: originally, it constituted the finale of Act II of his opera König Hirsch/King Stag.

Symphony No. 5 is also connected to the theatre: A ‘leitmotif’ appearing in all three movements goes back to Henze’s song ‘My own, my own’ from his opera Elegie für junge Liebende/Elegy for Young Lovers. As in Symphony No. 4, the music returns from the stage back to symphonic music.

According to the jurors: “Hans Werner Henze is a prominent figure in music who was and still is very active and influential outside German and European borders. A model for generations to come. He has composed music for all genres, taught pupils who have become very famous – everything has been marked by his unmistakable quality and identity.” Henze accepted the award personally during a formal presentation at the Ritz-Carlton hotel in Berlin on 14 April 2011.

We offer Hans Werner Henze our hearty congratulations as he celebrates his 85th birthday on 1 July.