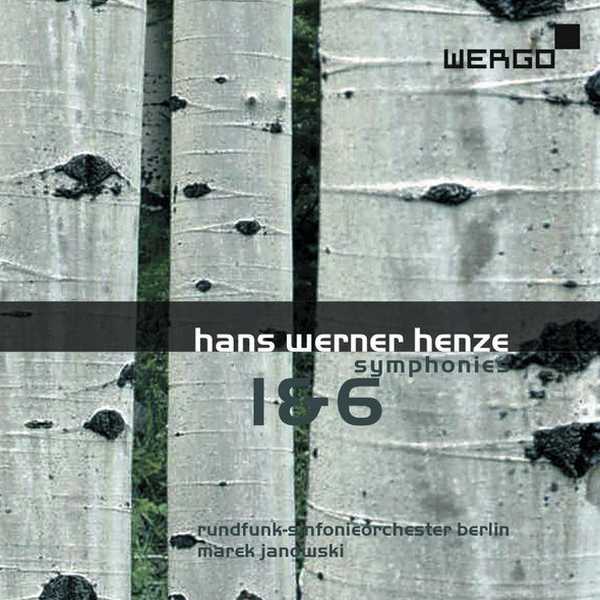 Hans Werner Henze composed his First Symphony when he was a mere 20. He later described this original version as a “complete failure” and a revised version of the work was performed in Berlin in 1964: “Rhythmic, harmonic, and melodic cells from the original version remain, and in the slow movement there are almost no changes; otherwise everything is new, different, and better.” Henze.

In fact, the outer movements of this now three-movement work are not mere revisions, but completely new compositions, in which Henze could incorporate the experiences of his Symphonies Nos. 2–5. While the original version of the symphony was written for a relatively small orchestra, the instrumentation had now been reduced further: bassoons, trombones, tuba and percussion were omitted and replaced with harp, piano and celesta.

At the end of the 1960s, a new era began for Henze, marked above all by the increasingly radical nature of his commitment on behalf of the political left. In 1969, he took two trips to Cuba, at the invitation of the Cuban National Cultural Council and during his first visit he was asked specifically for a new symphony. On the second trip he brought the orchestral material of his ‘Sinfonia No. 6’ with him. The world premiere took place in Havana that very same year.

Apart from his politically motivated interest, it was, above all, the folk music of Cuba that influenced Henze when composing the work.