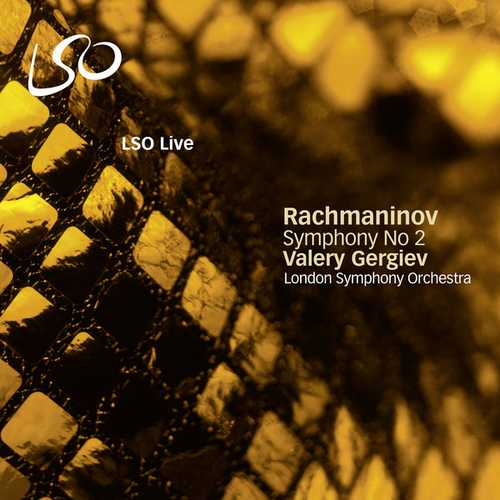 The first release in Valery Gergiev’s Rachmaninov Symphony cycle features a magnificent performance of the Second Symphony, recorded in September 2008 at the Barbican. Rachmaninov’s vast Second Symphony was composed when he was at the pinnacle of his careers as composer, pianist and conductor. Filled with emotion and brimming with beautiful melodies, it is a masterpiece and the epitome of the Romantic symphony. This recording will be followed by the First and Third Symphonies as well as the Symphonic Dances. Forthcoming releases include Stravinksy’s Oedipus Rex and Les Noces on the Mariinsky label. Later in the year Gergiev conducts music by Debussy and Ravel on LSO Live and Wagner’s Parsifal also on Mariinsky. Gergiev conducts a Stravinsky festival with the New York Philharmonic in late April, before conducting the LSO in London, Dublin and Germany during May.