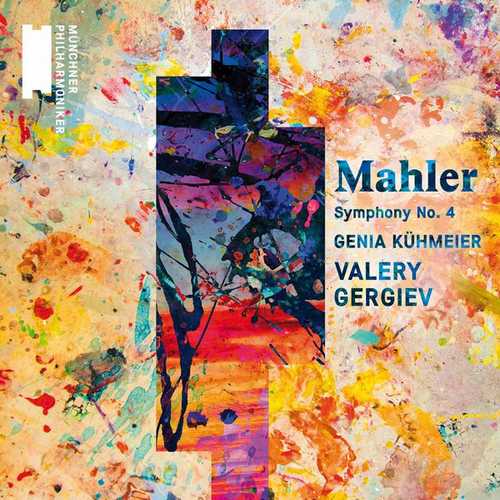 Gustav Mahler and the Munich Philharmonic share a very special connection. As a composer he sustainably linked the 19th century Austro-German tradition and the modernism of the early 20th century. The world premiere of his Symphony No. 4 took place under his baton on 25 November 1901 in Munich’s »Großen Kaim-Saal« with the then called »Kaim-Orchester«, present day Munich Philharmonic. His works have been a substantial part of the Munich Philharmonic’s core repertoire ever since and the orchestra has excelled on many occasions.

After the outstandingly successful first MPHIL release of Mahler’s Symphony No. 2 in September 2016 now follows the release of the Symphony No. 4 with which the orchestra’s history is so closely intertwined. The live concert recording released on this album took place at the Philharmonie im Gasteig in Munich, the orchestra’s home, with Salzburg soprano Genia Kuehmeier. Another critically acclaimed performance took place in New York’s Carnegie Hall: »Mahler’s 4th Symphony was the real payoff, with exceptional playing from the strings and with the song of the finale gorgeously sung by Genia Kuehmeier« (The New York Times, April 6th 2017).

This second season with Maestro Gergiev as principal conductor has continued a stimulating artistic relationship with the orchestra. This success is repeatedly confirmed and reinforced by the audience, international and German press.