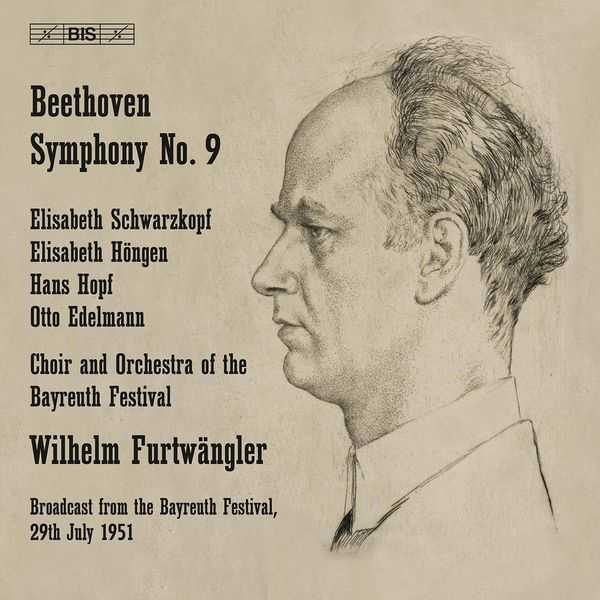 Seventy years ago, on the 29th July 1951, Wilhelm Furtwängler conducted Beethoven’s Symphony No. 9 at a concert marking the reopening of the Bayreuth Festival after seven years of silence following the Second World War. It was a momentous occasion, and the concert was broadcast by Bavarian Radio and transmitted across the world, for instance by Swedish Radio.

Using the analogue mono tape as digitized by Swedish Radio, the present release reproduces the broadcast as it would have been heard by listeners in Sweden: we have chosen to not change anything, not to “brush up” the sound, not to clean and shorten the pauses or omit audience noises within the music, but to keep the original as it was. In this way we hope to recreate the feeling of actually sitting in front of an old radio in 1951, listening to this important concert – a true historical document.