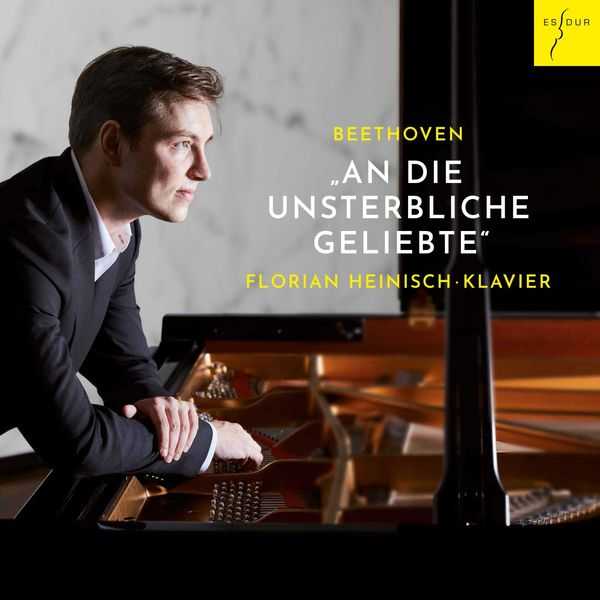 “Beethoven’s fascinating musical language is still very modern and timely. It is a language that almost everyone understands.” (Florian Heinisch)

As his contribution to the great anniversary year 2020, pianist Florian Heinisch released his first Beethoven CD in March 2020, with a program based on the equally famous and enigmatic “Immortal Beloved.” The CD was recorded at the Sendesaal Bremen and was released on March 27 by the ES-DUR label.

“Mein Engel, mein alles, mein Ich” (My angel, my all, my very self). A mere six words, the beginning of a love letter dated July 6, 1812, were the catalyst for a matter in which Ludwig van Beethoven’s life and work converge very closely. Who was the “Immortal Beloved”? Beethoven researchers have repeatedly claimed new candidates. What is certain is that many of Beethoven’s female acquaintances could have been possible recipients of this letter. One of them was possibly a lifelong but unfulfilled love: Josephine von Brunsvik, the younger sister of Countess Therese von Brunsvik. Beethoven first met her in Vienna in May 1799. She was 19, and he was almost ten years older; the two came to him because Therese was looking for a piano teacher for her sister. Marriage with Josephine was out of the question; it would not have been in keeping with their status. Already in July 1799, she was married to a much older Count, who died less than five years later.

Even today, Beethoven scholars devote a great deal of attention to the search for irrefutable proof regarding the identity of the “Immortal Beloved” in Beethoven’s letters. Florian Heinisch answers the question quite subjectively and intuitively with the selection of works for his current CD. During his intensive pianistic study of Beethoven’s work, he repeatedly noticed a concise rhythmic-musical motif: The beginning of the Andante favori Wo57 – which was originally intended as the middle movement of the Waldstein Sonata – associates Josephine’s name twice wistfully: “Jo-se-phine! Jo-se-phine!” The distinctive rhythm also appears as an independent motif in the sixth Bagatelle, op. 126, and in the second movement of the Hammerklavier Sonata, op. 106. As in the Andante favori, the motif is constantly repeated. A coded message from Beethoven?