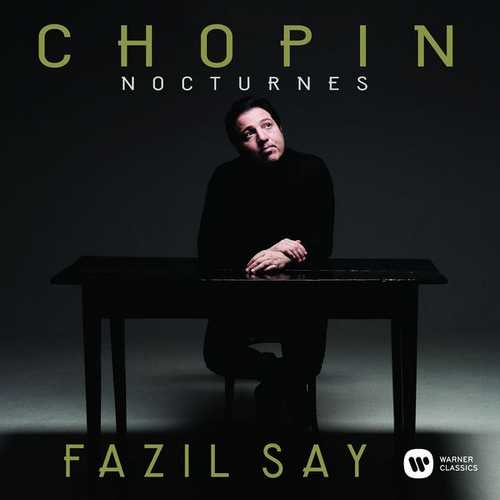 Fazil Say, who made his debut on this label with a very, very well-received work on Mozart’s Complete Piano Sonatas, is now turning his attention to Chopin, but a more confidential side of Chopin, much less virtuoso, the Chopin Nocturnes, the almost complete work of which he recorded in the Mozarteum Salzburg in March 2016. An “almost complete work” because the Nocturne in C-Sharp minor Op. 71/1 is missing, most likely due to CD running time restrictions as the total exceeded the limit by just a handful of seconds… Regardless the interpretation is dazzling and almost symphonic, taking these Nocturnes out of the hyper-romantic state of torpor they are so frequently plunged in by musicians. In addition to Chopin’s music, a few of Say’s short-lived grunts can also be heard who, much like Gould (albeit to a lesser extent), sometimes enjoys humming in the background.