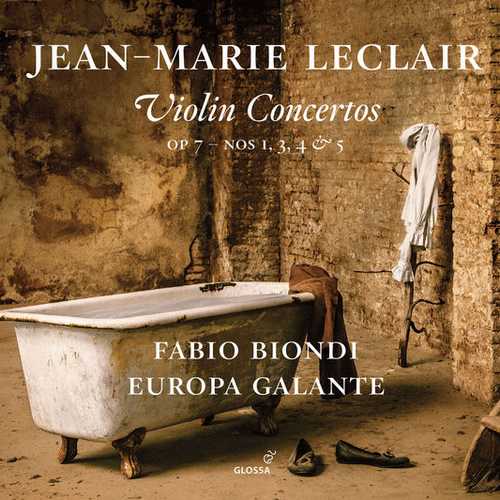 Jean-Marie Leclair epitomised the idea of an 18th-century virtuoso-composer, one whose compositional output largely reflects his activity as a performer. Whilst the French school possessed precursors such as Jean-Féry Rebel, it is very much to Leclair that it owes its genuine development. The virtuoso violinist became a highly sought-after teacher, and a full generation of musicians were recipients of his teaching.

Leclair published twelve concertos for violin in two sets, Op 7 (c.1737) and Op 10 (c.1743). The Op 7 collection, of which four concertos have been included in this recording, is without doubt partially made up of works which Leclair performed at the Concert Spirituel between 1728 and 1736.

Today, we are aware of the style employed by Leclair in his violin playing through his own writings and concert reviews from the time. His uncompromising ideal of performance is of a truly Appolonian nature: precision and integrity in execution, economy with the use of effects, accurate intonation and nobility of expression – all features brought to this new recording by Fabio Biondi and his already legendary ensemble, Europa Galante.